The Irishman killed in Burkina Faso along with two Spanish journalists in an attack by gunmen in the east of the country was named Rory Young and was president of a wildlife protection NGO, Chengeta Wildlife, it announced Wednesday.

"It is with deep sadness (...) that Chengeta Wildlife confirms the death of Rory Young, our co-founder and president," the NGO wrote in a statement posted Wednesday on its Twitter account.

"Rory was leading a wildlife patrol on April 26 in Arly National Park, Burkina Faso, when it was attacked by terrorists, resulting in his death and that of two Spanish journalists who were filming his efforts to protect precious wildlife," the statement added.

Irish foreign minister Simon Coveney said in a statement that Rory Young was one of the victims and called his death a "tragic loss of life".

Young, executed along with the two Spanish journalists David Beriain and Roberto Fraile, had initially been presented as a journalist by Burkinabe security sources and the NGO Reporters Without Borders (RSF), who had not identified him by name.

Monday's attack on an anti-poaching patrol made up of Burkinabè military and park rangers, Rory Young and the Spanish journalists was carried out by armed assailants riding two pickup trucks and a dozen motorcycles.

The three Europeans were initially reported missing before Burkina Faso announced on Tuesday that they had been "executed by the terrorists", despite an intensive search for them and their assailants by the Burkina Faso defense and security forces.

A Burkinabe soldier was still missing on Wednesday.

Burkina Faso has been facing jihadist attacks since 2015, which also affect Mali and Niger.

Initially concentrated in the north of the country, bordering Mali, the exactions attributed to extremist groups, including the al-Qaeda affiliated Groupe de soutien à l'islam et aux musulmans (GSIM) and the Islamic State in the Great Sahara (EIGS), then targeted the capital and other regions, including the east and northwest.

Since 2015, they have killed more than 1,300 people and displaced one million fleeing the violence. 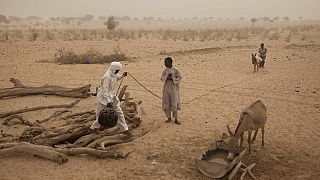 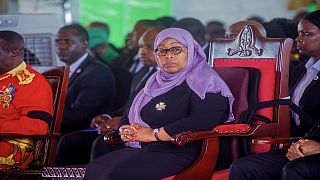 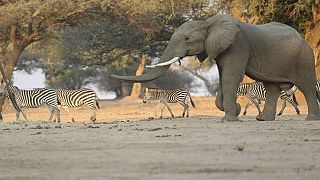