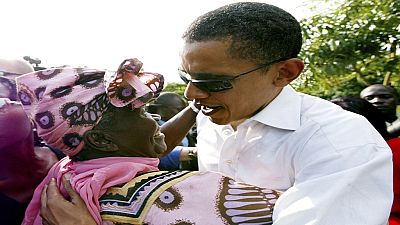 Former U.S. President Barack Obama took to the social media to mourn his step-grandmother, Sarah Obama, who died at a hospital in Kenya at the age of 99.

Sarah was the second wife of President Obama’s grandfather Hussein Onyango Obama, a herbalist and a village elder who fought for the British in Burma, now called Myanmar.

"Although not his birth mother, Granny would raise my father as her own, and it was in part thanks to her love and encouragement that he was able to defy the odds and do well enough in school to get a scholarship to attend an American university. When our family had difficulties, her homestead was a refuge for her children and grandchildren, and her presence was a constant, stabilizing force," Obama wrote.

In a 2014, she said that even as an adult, letters would arrive but she couldn’t read them. She said she didn’t want her children to be illiterate, so she saw that all her family’s children went to school.

She recalled pedaling the president’s father six miles (nine kilometers) to school on the back of her bicycle every day from the family’s home village of Kogelo to the bigger town of Ngiya to make sure he got the education that she never had.

“I love education,” Sarah Obama said, because children “learn they can be self-sufficient,” especially girls who too often had no opportunity to go to school.

“If a woman gets an education she will not only educate her family but educate the entire village,” she said.

In recognition of her work to support education, she was honored by the United Nations in 2014, receiving the inaugural Women’s Entrepreneurship Day Education Pioneer Award. 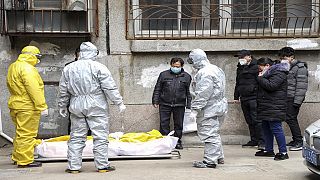