Four days after being elected President of the Confederation of African Football (CAF), Patrice Motsepe set out his plans to take the sport forward across the continent at a press conference in Johannesburg on Tuesday.

The 59 year-old South African mining billionaire assumed the role on Friday at a CAF General Assembly meeting in Morocco, without the need for a vote after a deal brokered by the world governing body FIFA saw his three challengers withdraw, leaving him as the only candidate.

Motsepe said that African football must aspire to have one of their national teams win the World Cup in the near future.

"During the next World Cup and also during the forthcoming World Cups, that African nations compete (in) and, if you look at what we said in the manifesto, it's part of our plan that an African team must win the World Cup. I think let's clap hands for that.

He also promised to be more proactive in bringing together the 56 member associations that make up the CAF.

As the head of CAF, Motsepe automatically becomes a FIFA vice president and a member of the FIFA Council. 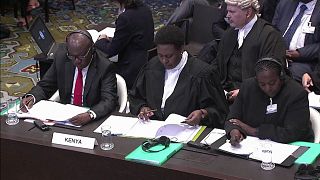