The World Health Organization said on Thursday at least 20 percent of the continent can expect to be immunised against coronavirus. by the end of the year

Only a handful of Africans have been vaccinated against COVID-19, which is a stark difference when compared to richer nations, as African countries lack the financial means to purchase the drugs.

"The (vaccination) objective is to reach 20 percent, at least, to cover 20 percent of the population by the end of the year, and I might say that with the latest developments within the Covax facility, there is a very very good prospect that this objective to supply up to 600 million doses by the end of 2021 will definitely be reached," said Richard Mihigo, WHO Africa immunization coordinator.

The African Union said on Thursday it secured an additional 400 million doses of vaccines on top of the already purchased 270 million.

It comes as a new and more contagious variant has spread from South Africa.

"So far, six African countries and areas have confirmed cases of this variant (South African -ed), including Botswana, Ghana, Kenya, Mayotte, and Zambia. Beyond Africa, the variant has been confirmed in 24 countries globally, and there’s concern it is circulating in other countries in Africa as yet undetected," said Dr Matshidiso Moeti, WHO regional director for Africa.

It is estimated Africa will need 1.5 billion vaccine doses to immunise 60 percent of its population, costing between $7 and $10 billion.

During the virtual 2021 World Economic Forum (WEF) on Tuesday, South African President Cyril Ramaphosa slammed "vaccine nationalism," accusing rich countries of bulk-buying vaccines and hoarding them to the detriment of others.

Africa has reported less coronavirus infections and deaths than the Americas and Europe.

According to the Africa CDC. Africa has recorded 3.4 million cases of Covid-19 and 87,000 deaths. 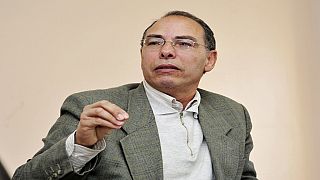 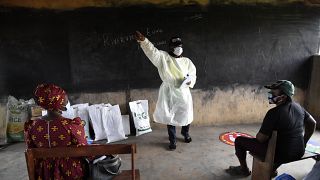 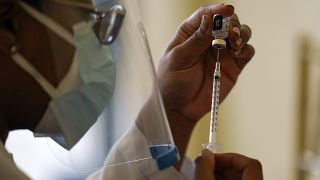