The Japanese operator of a ship that leaked oil off the Mauritius Coast started to pay compensation to fishermen on Tuesday.

In July the MV Wakashio ship ran aground off the coast of Mauritius and in August it leaked over 1,000 tons of oil.

The pristine coastline turned black and mangroves and coral reefs have been damaged.

It also killed some 50 dolphins, whales and other marine creatures.

It is has affected the country's tourism which has already been sunk by the coronavirus pandemic and hit those who make a living from the coast.

Thousands of locals had worked for days to try and reduce the damage and contain the oil spill and France sent a naval ship, military aircraft and advisers from the nearby island of Reunion.

The company Japan P&I Club pledged over nine million dollars towards clean up efforts and for "support measures" to restore the marine environment over the course of several years. 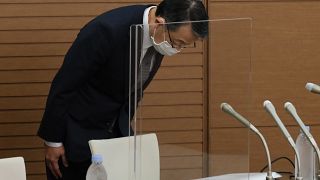