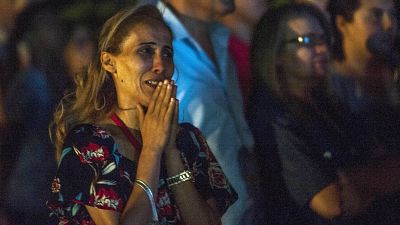 Mothers in Tunisia are Standing Up and Strong

On Wednesday, mothers in the Tunisian capital rallied outside a courthouse to denounce the perceived arbitrary arrests by authorities of their children — including many minors, for group anti-government protests that saw several nights of unrest in the country.

Meriem Ben Salem, the mother of an 18-year-old arrested in connection with urban unrest, is not standing for the situation at all.

Some claim their children were arrested for violating the imposed coronavirus-prevention night-time curfew while others say their children had not even participated in the demonstrations.

Human rights groups state that at least 1,000 people have been detained — many without access to legal or medical assistance.

Antonio Manganella, a Mediterranean director of Lawyers Without Borders, explains the current state of affairs.

"There is a strategy in place which aims to dissuade protesters and young people from going out again in the streets. These very strong sentences which seem to have been handed down for 2 years etc. But obviously, we cannot decide without having the file, but what I can tell you is that fixing a general sentence for a group has no meaning in law."

**Context
**
The protests erupted on January 14, before easing on Wednesday night, as many Tunisians decry unfulfilled promises by the government and demand change 10 years after an uprising that ousted Zine El Abidine Ben Ali. 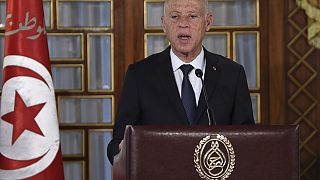