The national election authority declared the incumbent president the winner of the December 27 vote by 53.9%.

"I am satisfied with the result of the elections because Professor Faustin Archange Touadera is a candidate that the people appreciate," a supporter told AFP journalist.

With security levels at stake, the voting did not take place at all in 29 of the country's 71 sub-prefectures and was curtailed in six others. Some locals are now worried about these current trends.

"What we like is peace. We don't like rebellion, we don't like unrest. May the world lives in peace, may the children go to school, the political class keep quiet and the rebels keep quiet," a local said.

Touadera is now faced with an uphill task thwart the ever-growing rebellion from several armed groups in the Central African Republic.

Touadera, 63, a former prime minister with an academic background in mathematics, won a first term as president in 2016, the first elections after a coup and civil war that erupted three years earlier.

Criticisms about the credibility of his victory were muted at the time -- many saw the ballot, however flawed, as the price to pay for stability.

During his post-electoral honeymoon, Touadera gained an image as hard-working, competent and self-effacing. His supporters even found him too modest.

Today, though, Touadera's detractors see him as the head of a "predator government", rife with corruption, prolonging a scourge that has beset the CAR for decades.

Others say he was conned by the militias that hold sway over two-thirds of the country, sporadically attacking civilians and the army and fighting over mineral riches.

The opposition was quick to pile on the criticism after his re-election vanquished rival Anicet Georges Dologuele, who called the election a "farce".

Voters in more than a third of the country's sub-prefectures had been unable to cast their ballots because of a renewed offensive by militia groups.

Touadera struck a peace accord with 14 armed groups in February 2019, essentially bringing warlords into the government or administration.

The agreement alienated many in the population who had suffered and continue to suffer at the hands of militias.

"The accord weakened the president," said Thierry Vircoulon, a CAR expert at the French Institute for International Relations (IFRI).

To his supporters, Touadera has had to take on one of the world's most thankless jobs.

He took the helm of a country that ranks second-worst for poverty on the UN's Human Development Index.

Thousands of people have died since 2013 and more than a quarter of the population of 4.9 million have fled their homes with 675,000 seeking refuge in neighbouring countries.

Touadera's backers say he has never deviated from his policy of an outstretched hand, a policy that they say has encouraged a relative lull in the violence that began in 2018.

"The CAR is recovering from a long way down. President Touadera is in the process of rebuilding the country," said Eric Sorongope, leader of the National Solidarity Movement (MNS), a party in the ruling majority.

Touadera's claimed achievements -- largely funded by the international community -- range from the rebuilding of the army to free health care for women and children under five.

Education spending has risen from eight percent of the budget to 14 percent and the government has made pay for civil servants more regular after many years of arrears and discontent.

He had no electoral base before 2016 and later gained the backing of a party set up from scratch in 2018, the United Hearts Movement (MCU), which brought together some 40 groups.

The opposition says Touadera has been in no hurry to stamp out the corruption scandals that marred his first term.

"One of Touadera's fundamental flaws is that he doesn't know how to decide," a Western diplomat said.

"When an issue is complicated, he pushes it aside indefinitely. He is allergic to making decisions and is surrounded by people who resemble him."

"Even if you want to be technocratic, you still need efficient management." 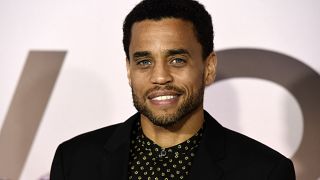 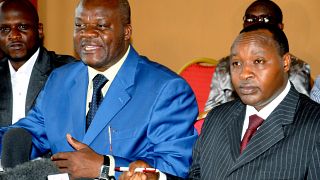