At least 21 people have been killed in a village in the eastern Democratic Republic of Congo, in an area that usually sees Islamist rebel attacks, local authorities said on Tuesday.

The militants launched the attack late on Monday and killed residents in the Mwenda village with machetes and guns.

"The enemy would have come towards the Kabembeu river, the provisional toll shows 21 civilians (were) killed" in a "savage" way in Mwenda, a source from the UN Mission in the DRC told AFP.

An administrator for the region of Beni blamed the attack on the Allied Democratic Forces (ADF), a Ugandan Islamist rebel group.

The ADF have been based in eastern DRC since 1995. They have not attacked neighboring Uganda for years, but have regularly committed massacres since October 2014 in the Beni region, which have killed more than one thousand people.

The armed group is the deadliest among dozens still active in the Kivu region and southern Ituri.

"Large-scale" military operations have failed to stop the killings carried out by combatants who now operate in small groups, according to a recent report by United Nations experts.

Since the end of November, ADF attacks have been moving from the far north (Oïcha-Mbau-Beni) to the south-eastern part in the Rwenzori region. 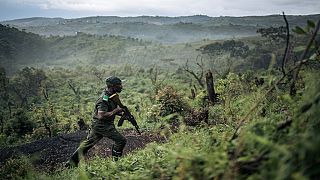