Hundreds of protesters in Sudan took to the city of Omdurman on Tuesday to demonstrates against the torture and killing of the pro-democracy activist Bahaa Eddine Nouri.

They allege members of the powerful Rapid Support Forces paramilitary are responsible for his death.

The RSF largely drew its personnel from the Janjaweed militias, which were accused by rights groups of committing atrocities in the Darfur conflict that began in 2003.

"The Rapid Support Forces are explaining how the killing took place, but we do not want half of the truth, we want the whole truth, we want to know the reason," said Mohammed Nory, brother of Bahaa Eddine Nouri.

Bahaa Eddine Nouri, 45, was snatched on December 16 from a cafe in the southern Khartoum district of Kalakla by men in plainclothes who were driving a vehicle without license plates, according to local media.

His body was found days later bearing signs of torture at a hospital morgue in Omdurman, the capital's twin city, triggering a public outcry.

His family collected his body from a hospital morgue in Omdurman, the capital's twin city, and demonstrators followed for the burial.

"Enough with disparaging the people's blood," read one banner, also referring to the protesters killed during months of unprecedented demonstrations in 2019.

The rallies continued for months afterward as civilians demanded the generals hand over power, culminating in a fragile power-sharing arrangement from August last year.

State news agency SUNA reported on Monday that the Rapid Support Forces had referred its intelligence chief and other personnel for questioning over Nouri's arrest and killing, without providing names.

It later quoted the prosecutor's office as saying that proceedings were underway to "arrest immediately... all members of the Rapid Support Forces involved in the arrest and subsequent death of Nouri so they can be prosecuted". 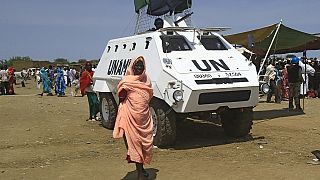 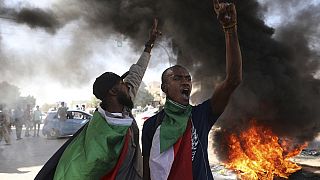 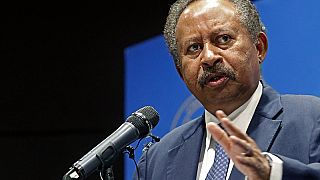