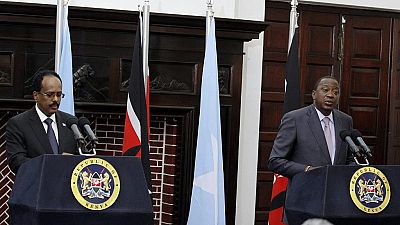 Kenyan nationals travelling to Somalia will need to obtain visas before arriving in the country, Somalia's immigration and citizenship authority said on Monday.

Holders of diplomatic passports must obtain prior approval from Somalia's foreign affairs ministry, the agency's statement said. The directive takes effect on December 13.

The development is the latest in a fast-growing diplomatic spat between the two East African neighbors.

He also ordered Kenya's envoy to Somalia, Lucas Tumbo, to return to Nairobi. Mogadishu has accused Kenya of undue "interference" in its internal affairs.

Kenya has dismissed the accusations as false.

At the centre of the dispute is Ahmed Mohamed Islam alias Sheikh Madobe, the dissident governor of Jubbaland state in Somalia.

Mogadishu accuses him of reneging on a September agreement to hold senatorial elections this month after being influenced by Kenya.

Madobe has demanded that the federal government withdraws its troops from Gedo, a town in Jubbaland state. He maintains a close relationship with Nairobi, something president Farmaajo is bitterly opposed to.

The two countries are also engaged in a maritime border dispute. Somalia has rejected Kenya's request to have the matter settled out of the International Court of Justice (ICJ).

Kenya is one of the countries contributing troops to the African Union Mission in Somalia (AMISOM), the AU's peacekeeping mission in the Horn of Africa country.

Mogadishu has recently banned passenger flights from Kenya citing the coronavirus pandemic and also banned khat exports, in a blow to its southern neighbor's farmers. 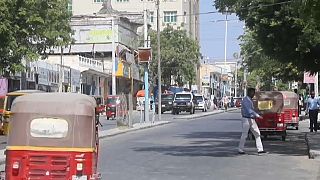