Election materials on Thursday arrived at the Bangui M'poko International Airport in Central African Republic. The materials include ballot boxes, voting booths and voter cards for the first round in presidential and parliamentary elections on December 27.

"We are extremely satisfied with the progress, in view of the electoral preparation. There was the mapping in May, June, then the implementation of the enumeration, then the arrival of the tablets, the training of tablet agents. The electoral list was compiled despite the Covid, despite the rainy season", she said.

On Thursday, the Constitutional Court of the Central African Republic rejected ex-president Francois Bozize's candidacy in the elections. Bozize is being sought for alleged murder and torture and is under UN sanctions.

The court also rejected four other bids for the December 27 polls. This leaves 17 candidates, including incumbent president Faustin-Archange Touadera as contenders of the country’s top job. His chances look bright for a second term.

Bozize, 74, has played a major part in CAR's decades-long troubles, and some have feared he could try to stage a violent comeback. He seized power in 2003 before being overthrown a decade later by the Seleka, a rebel coalition drawn largely from the Muslim minority. The 2013 coup sparked brutal violence between the Seleka and so-called "anti-Balaka" self-defence forces, mainly Christian and animist. 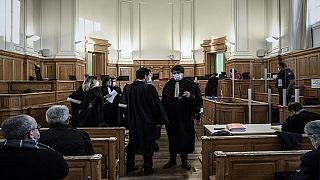