Too Many Burkinabé Lives Lost

As the election day draws nearer in Burkina Faso, lack of security has emerged as one of the key campaign issues for the presidential and legislative elections on November 22.

Since the first jihadist attacks on its soil in 2015, the nation has seen an increase in violence — often intertwined with inter-community conflicts. The number of combat-related deaths has once again broken records this year, exceeding 2,200, after a particularly deadly year in 2019.

Under the mandate of Roch Marc Christian Kaboré, the government has stepped up interventions to fight against forces affiliated with jihadist groups. In spite of spoils of war — such as his vehicles abandoned by defeated fighters who fled after the attack on Arbinda in 2019, which left 42 dead.

As figures that indicate the north and east of the country are the most affected, it appears that the Burkinabe forces seem unable to stop the spread of the areas of influence of the Islamist extremist group linked to Al Qaeda — whose official name in Arabic Jama’at Nasr al-Islam wal Muslimin (JNIM) translates to Group of Support for Islam and Muslims (GSIM) and also linked to a local organisation Islamic State in the Great Sahara (EIGS) in the north of the country.

The Sahel region alone, bordering Niger and Mali, right in the middle of the three-border zone, accounts for more than 60% of the deaths in 2020.

The "three borders" zone has become the epicentre of a crisis that is dragging on in the region despite the actions of the G5 Sahel, the Barkhane force and the Burkinabe government — who at the end of 2019, announced its decision to recruit and arm civilians to aid security forces in the anti-jihadist fight.

A strong military method preferred by President Kaboré, while the opposition is now calling for dialogue with these entities of Islamist insurgence. 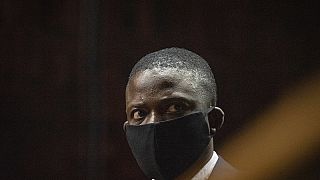