Over 500 million dollars is likely to be pledged Thursday for a device to ensure that all countries have equitable access to covid-19 tests, treatments and vaccines.

That's according to organizers of the Paris Peace Forum at the Elysee palace Thursday.

The leaders called for universal access to future covid-19 vaccines and treatments.

Macron said "We will not win against the virus by abandoning a part of humanity."

He recalled the launch of the "ACT Accelerator" with the WHO, the G20 and NGO’s such as the Bill and Melinda Gates Foundation, as well as the international Covax vaccine procurement and distribution system.

"But how can we be sure that everyone is playing the game, that there will be no stowaway behavior and that enough doses will be produced for the poorest countries, who need them the most? Otherwise it would further reinforce inequalities", the French president queried.

The Canadian Prime Minister Justin Trudeau also agreed."The international community must ensure that fair and equitable access will be guaranteed to provide everyone with a vaccine," he said.

Senegalese President Macky Sall also spoke of a "necessary solidarity between states" in the face of " a common pandemic".

Other international leaders, such as Secretary General of the Francophonie, Rwanda’s Louise Mushikiwabo, have also supported this willingness to make the vaccine a common good.

"As the race for the Covid-19 vaccine continues, I join the call to make it a global public good, accessible to all, without any restrictions," she said. 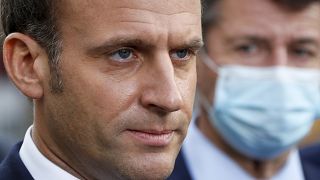