World leaders congratulated US President-elect Joe Biden on his victory but some have noted there are challenges ahead.

Israeli prime minister Benjamin Netanyahu offered his congratulations on Twitter and said he had a "long and warm" personal relationship with Biden for nearly 40 years.

But he also thanks incumbent President Donald Trump for the "friendship" he showed to Israel. He also credited Trump for recognising Jerusalem as the Israeli capital and the Golan, and for pulling out of the 2015 Iran nuclear deal.

Netanyahu said Trump was Israel's strongest-ever ally in the White House, but a Biden administration could be a set back for Netanyahu, according to experts.

Meanwhile, a Hamas spokesman urged and end to a "US policy of bias" towards Israel.

"We call on the US President-elect Joe Biden to make a historic correction of this unjust American policy against the Palestinian people."

In India, there were more colourful celebrations, as Vice-President elect Kamala Harris has roots there.

Prime Minister Narendra Modi gave his "heartiest congratulations" to Harris, saying her success was "breathtaking" and a matter of immense pride for all Indian-Americans.

In Australia, Prime Minister Scott Morrison, like much of the world, said he looked forward to growing relationships.

"I look forward to forging a great partnership in the spirit of the relationships that have always existed between prime ministers of Australia and presidents of the United States.

"I particularly look forward to this with President-elect Biden because he comes to this relationship with a deep experience and a deep history. "

But Mexican President Andres Manuel Lopez Obrador said it was too soon to offer his congratulations. referring to Trump's legal challenges against the election result.

"We will wait for all legal issues to be resolved. We don't want to be imprudent."

"President Trump has been very respectful with us and we have reached very good agreements, and we thank him because he has not interfered and has respected us," said the left-wing populist.

Trump sparked anger in 2016 after he branded Mexican migrants "rapists" and drug dealers and vowed to build a wall across the southern US border.

But Lopez Obrador has managed to maintain cordial relations with Trump and even visited him in July on his first foreign trip since taking office. 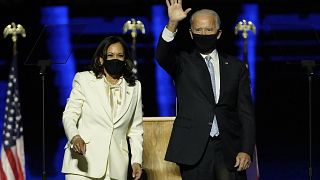 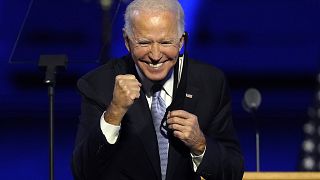 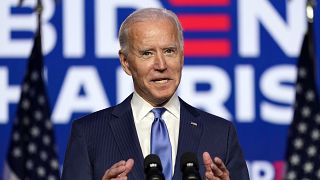