Ethiopia declared a state of emergency on Wednesday following a deadly attack by the Tigray ruling party on a federal troop camp. Prime Minister Abiy Ahmed has ordered a military response.

The Prime Minister stated in his public address to the country, "My dear people. Today the apostate Ethiopian has stabbed Ethiopia. What makes this attack one of the most shocking attacks is that Tigray People's Liberation Front TPLF is viewing the Ethiopian National Defence Forces as a foreign army rather than an army that has been protecting the people of Tigray for more than twenty years."

Ahmed also declared that Ethiopians should unite in light of the ongoing tensions between the Tigray region and the rest of the country. It was not immediately clear what form the federal military response might take, or what the state of emergency will actually entail.

The TPLF dominated politics in Africa's second-most populous country for nearly three decades before Abiy came to power in 2018 on the strength of anti-government protests.

Under Abiy, winner of last year's Nobel Peace Prize, Tigrayan leaders have complained of being unfairly targeted in corruption prosecutions, removed from top positions and broadly scapegoated for the country's woes.

Ethiopia was due to hold national elections in August, but the country's poll body ruled in March that all voting would need to be postponed because of the coronavirus pandemic.

Lawmakers then voted to extend officials' mandates -- which would have expired in early October — but Tigrayan leaders rejected this and went ahead with regional elections in September that Abiy's government deemed illegal.

Now each side sees the other as illegitimate, and federal lawmakers have ruled Abiy's government should cut off contact with — and funding to Tigray's leadership.

In recent days tensions have also risen over who controls federal military assets in Tigray. 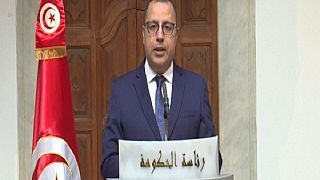