He's been visiting polling stations in the economic capital.

The vote has been tense as incumbent President Alassane Ouattara seeks a third term in an election two rival candidates have urged their supporters to boycott.

There have been pre-election clashes, which has killed up to 30 people and it's feared the violence seen in the 2010 election, which saw 3,000 killed could reignite.

But for the moment all appears calm.

"We all slept with a bit of fear, because in particular on social networks, there were many messages saying there were such difficulties in such neighborhood, in such town, we were overwhelmed by these messages very early on," said voter Fama Toure.

"But no conflict, everything has gone well up until now. ''

There have been several incidents. Roadblocks were erected between the towns, and young protesters were warning "No vote here", witnesses said.

“Our teams are on the ground and they have been deployed since the morning. Today they went to polling stations to see how the process is going from when voting started and a little later for the close, as well as the count, '' said Denis Kadima, an election observer. 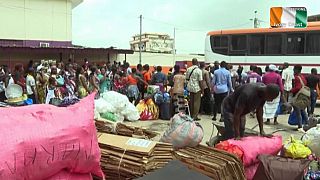 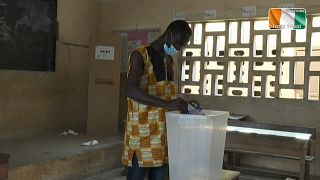