Back to the New Normal

Business as usual, was the urge of the Malian National Committee for the Salvation of the People (NCSP) spokesperson, Ismael Wague, after the military coup d’état ousting the now ex-president Ibrahim Boubacar Keita on Tuesday evening. Following the celebrations at the Independence Square in Bamako shortly after the coup, many in the city seem to have heeded that call.

A Bamako resident, Abdoulaye Diakité, is feeling tranquil, "They have to think about Mali. At the moment you see people are living well, they are relaxed, may God make it continue...may the military think about Mali and carry out a good transition very quickly.

In spite of the permeating optimism around the city, there is the very real concern of an already economically-challenged economy — also facing sanctions by ECOWAS, risking total collapse. A disconcerting potential evolution of events if the transition of power to civilians does not take place as promised, and efficiently.

The Calm Before the Storm?

With the threat of the Islamist terrorist activity still in the region and the ongoing continent-wide covid-19 pandemic, this political crisis leaves the country at a very delicate crossroads.

Nevertheless, many locals such as Ismaïel Maïga, appear both decided and hopeful, "I think that the military must collaborate with civil society, the people, especially M5, who for the past three months have been on the streets demanding the resignation of former President IBK.” 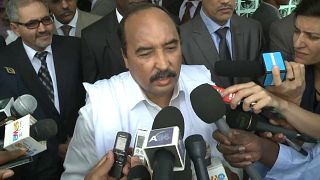