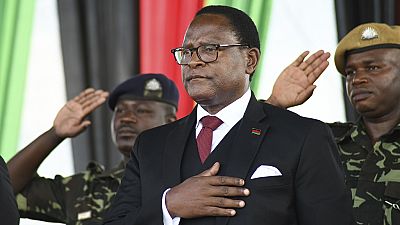 <p><strong>Malawi’s new president, Lazarus Chakwera, cancelled Monday’s independence celebrations in the southern African country on Sunday, and drastically reduced his inauguration ceremony on the same day due to a sharp rise in coronavirus cases.</strong></p> <p>The cancellation will dampen the enthusiasm generated by the historic election of Mr. Chakwera, former opposition leader who was declared winner of the June 23rd presidential poll, held after the cancellation for fraud of the 2019 re-election of incumbent Peter Mutharika due to massive fraud.</p> <p>The new president was sworn in on 28 June, but his inauguration ceremony was scheduled in a stadium on Monday to coincide with the 56th anniversary of the former British colony’s independence.</p> <p>Chakwera had already halved the 20,000-strong crowd at the stadium on Saturday to limit the spread of Covid-19.</p> <p>But in a speech on Sunday, he cancelled the festivities in the stadium, which will finally take place in a military barracks in the presence of a hundred hand-picked guests.</p> <p>Considered one of the poorest countries in the world, with more than half of the population below the poverty line according to the World Bank, Malawi officially has 17 deaths for 1,613 cases of coronavirus, including 7% recorded during the last 24-hour assessment.</p> <p>At least 64% of these new contaminations have occurred through “community transmission”, i.e. within families and local populations, according to official statistics.</p> <p>“In view of this acceleration of local transmission and its geographical expansion, I have decided to cancel the celebration” of independence, President Chakwera said in a brief televised address. “The coronavirus is spreading faster than before and it is spreading with the ability to kill,” he said.</p> <p>In April, thousands of Malawians, who survive day to day in informal trade, took to the streets to oppose a containment decreed by then President Mutharika.</p> <p>The courts had ruled in their favour by suspending the presidential order indefinitely on the grounds that it did not provide any assistance to those who had been deprived of their income.</p> <p><strong><span class="caps">AFP</span></strong></p>