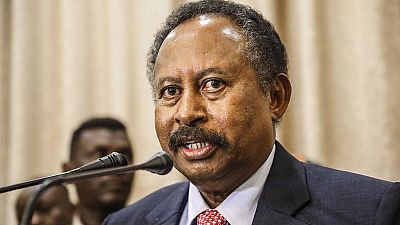 <p><strong>Foreign donor nations pledged $1.8 billion at a conference hosted by Germany to help Sudan ease an economic crisis hampering its transition towards democracy after the fall of Omar al-Bashir.</strong> </p> <p>The European Union pledged 312 million euros ($350.13 million), the United States $356.2 million, Germany 150 million euros, France 100 million euros, and Britain £150 million for humanitarian and development programmes, chief among them planned cash transfers to poor families with the help of the World Bank, officials said at the online event.</p> <p>Saudi Arabia, which said it had given Sudan $500 million over the past year, donated only $10 million. The United Arab Emirates donated $50 million.</p> <p>The two Gulf countries had promised a grant to Sudan of $3 billion in the form of cash and commodities after the military ousted Bashir in April 2019, but it is unclear how much has reached the country in total.</p> <p>China and Spain were among countries offering to assist Sudan with relieving its debt, which stands at about $56 billion.</p> <h3>World Bank to offer Sudan grant</h3> <p>The World Bank’s David Malpass said the institution was in the process of securing a $400 million “pre-arrears clearance grant” for Sudan, to be approved by August.</p> <p>Prime Minister Abdalla Hamdok, running Sudan under a precarious, transitional power-sharing deal with the military since Bashir’s overthrow in an uprising last year, is desperate for more foreign support.</p> <p>Hamdok said in opening statements that without it, instability could spread through a volatile region in east and northeastern Africa and disaffected young people would keep migrating by sea to Europe.</p> <p>“We expect our partners to support us to have a successful transition,” he said. “I do not want to paint a rosy picture. Any transition is messy and there are so many challenges.”</p> <h3>Inflation tops 100%</h3> <p>Inflation topped an annual 100% last month and Sudan’s currency has plunged to 141 to the dollar on the black market compared to 55 at the official rate.</p> <p>The pledges were well below the $8 billion in aid that Hamdok said last August was needed to turn around an economy in crisis since Sudan lost almost all its oil revenue when South Sudan seceded in 2011.</p> <p>The estimated $1.9-billion family cash scheme is seem as key to softening the blow from a removal of fuel and other subsidies demanded by would-be Western donors and which cost an estimated $3 billion annually. </p> <p>Agencies_*</p>

We expect our partners to support us to have a successful transition. I do not want to paint a rosy picture. Any transition is messy and there are so many challenges.