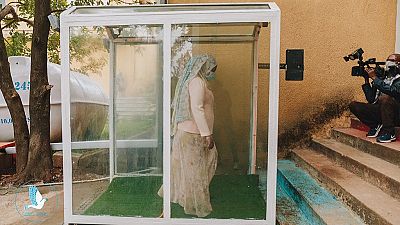 Since the arrival of COVID-19 on the continent on February 14 in Egypt, there has been multi-layered concerns by experts and governments from fears of health systems being overwhelmed to the continent being muscled out of critical virus supplies.

But also in the midst of all the concerns were projections of an accelerating virus and how it could impact millions by way of infections and claims tens of thousands of lives. The World Health Organization, WHO, Africa head said the virus could affect 29 to 44 million people.

WHO scientists said in mid-May said 250 million people could contract the virus in a year. Before that, a modeling group convened by WHO, UNAIDS also highlighted ripple effects of the virus in treating other illnesses like AIDS and Tuberculosis.

One can also point out at the economic implication and ramification as a number of African countries demanded bilateral and multilateral loans to help deal with the virus. The United Nation’s Economic Commission for Africa, ECA; in a report said millions of jobs were on the line.

Africa’s race to provide for itself logistically

In other quarters, Africa was lacing its boost to meet the logistical challenges that the virus presented. From rapid test kits to Personal Preventive Equipments, PPEs; ventilators, masks, hand washing set ups etc. innovators got to work.

Whiles the immediate areas of importance remained the developing of rapid test kits and PPEs, the area of hand washing facilities, masks with visors and sanitizers became common place in many parts of the continent.

Inside the ‘tainted’ disinfection tunnels

One other piece of innovation that gained currency in Africa are the disinfection tunnels.

Their installation and use in different parts of Africa began to spread very rapidly be it at public or private facilities. Their main purpose it is largely advocated is as a preventive measure for persons who walked through them.

One of the latest institutions to join the production line is the University of Osun, UNIOSUN in Nigeria’s southwest. The university said its mechanical sanitizing cubicle was a contribution to combating the virus.

Professor Labode Popoola, vice-chancellor of UNIOSUN said the university has the capacity to mass produce the cubicle for organisations that needed it for easy sanitising process without fear of people having to use their hands.

Despite such ‘academic’ claims, a number of medical experts flagged their efficacy and propriety, but that has done little to deter outfits that had employed their use and development. Then the African Union’s Africa Centers for Disease Control and Prevention (Africa CDC) issued a report on the tunnels.

The report co-authored with the Infection Control African Network (ICAN) said: “… direct spraying of humans with chemical disinfectant or exposing them to UV-C in “Disinfection Tunnels” is not recommended.” 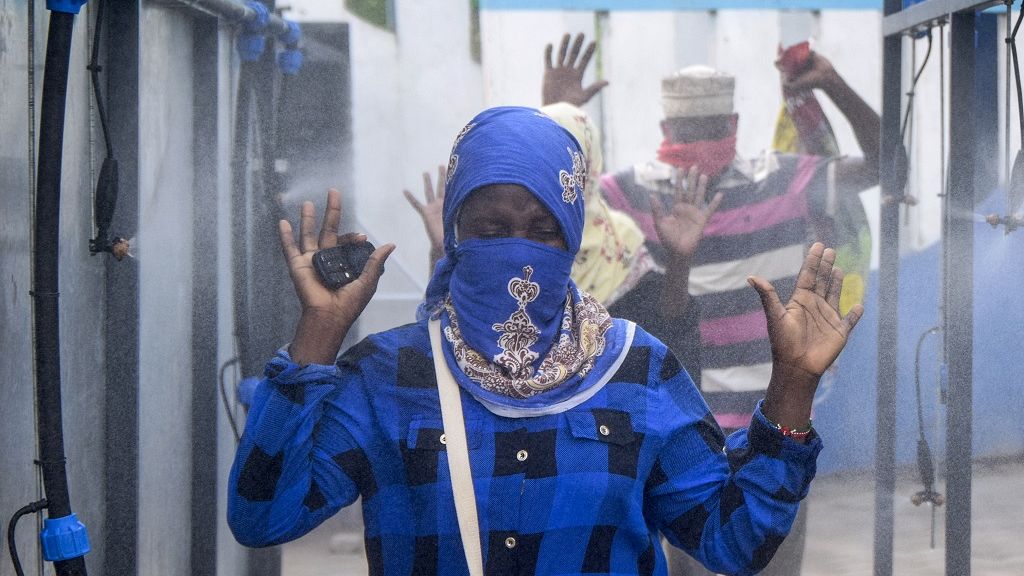 Ferry commuters walk through an automated disinfecting machine installed this week that sprays disinfectant onto all passengers boarding or disembarking ferries that cross the harbor of Mombasa, on the south coast of Kenya.

Their concerns touched on a number of areas including that: the use of these chemical disinfection sprays, or tunnels exposed people to ultra-violet rays.

That the exact chemicals used in the process could have effects on other parts of the body. They stressed that the practice of spraying human beings was extremely dangerous as chemical disinfectants were designed for use on hard surfaces.

The report, which is now unavailable on the Africa CDC site thus discouraged the use of ultra violet rays. It continued that there was no evidence that the use of the tunnels and or spraying of human beings reduced transmission of any infectious diseases including COVID-19.

Tunnels, booths or double gated structures have all been employed to facilitate disinfection of human beings using chemicals or UV-C.

The position of AfricaCDC and ICAN is that *direct spraying of humans with chemical disinfectant or exposing them to UV-C is not recommended* pic.twitter.com/uhaweMSu7F

On May 29, the head of South Africa’s scientific advisory committee, Prof. Salim Abdool Karim, criticised the increasing use of “sanitization tunnels” at a media briefing. He branded them dangerous and useless, providing “no discernible” benefit.

The WHO in addressing the issue under its broad-based May 2020 Question and Answer session on cleaning surfaces in non-health care settings clearly cautioned against the tunnels and other allied measures.

Are public systems for disinfecting individuals such as spraying via tunnel or chambers safe to use?

No. Spraying of individuals with disinfectants (such as in a tunnel, cabinet, or chamber) is not recommended under any circumstances. This practice could be physically and psychologically harmful and would not reduce an infected person’s ability to spread the virus through droplets or contact.

Even if someone who is infected with COVID-19 goes through a disinfection tunnel or chamber, as soon as they start speaking, coughing or sneezing they can still spread the virus.

The toxic effect of spraying with chemicals such as chlorine on individuals can lead to eye and skin irritation, bronchospasm due to inhalation, and potentially gastrointestinal effects such as nausea and vomiting.

In addition to health safety concerns, the use of chlorine in large-scale spraying practices may prevent this resource from being used for important interventions such as drinking water treatment and environmental disinfection of health care facilities. 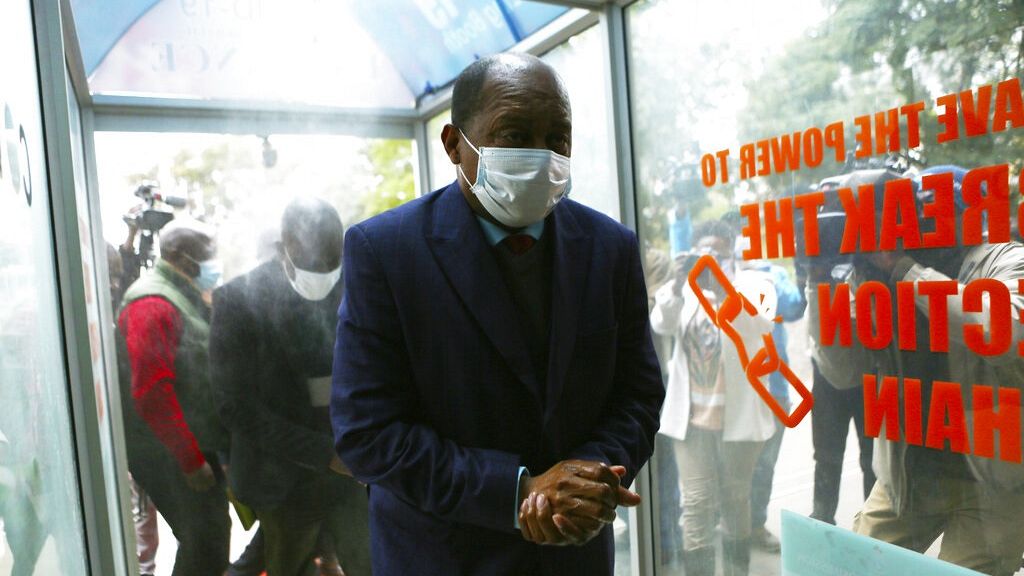 So from the Ghanaian center that is involved in seeking drugs to combat the virus, through to the Somali, Cameroonian and Nigerian innovators developing ventilator prototypes, add the Algerian and Senegalese outfits that developed rapid test kits.

To the Ethiopian industrial parks that took on the mass mask producing venture, the Kenyan and Nigerian entities producing PPEs and Botswana outlet that joined other tech-novators in developing contact tracing apps for the virus response.

One thing remains clear, that where the continent was certain it could help itself, many people rose up to the challenge. Hundreds of thousands, if not millions across Africa are also producing home-made masks for use across the continent.

Welcome innovations but one thing is sure, that with the disinfection tunnels which are still being used in parts of Africa till date, governments will need to relook the system and ensure that public health considerations apply same.

Cover photo: Ethiopia’s Minister of Peace Muferiat Kamil walks through a disinfection chamber after visiting an innovation hub in the country