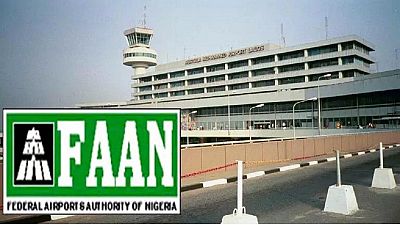 In an effort to begin the reopening of some of the airports in Nigeria, the Federal Airports Authority of Nigeria (FAAN) held a skype meeting with Munich Airport International to share experiences and compare notes on the effects of the COVID19 lockdown on the airports.

The meeting which was at the instance of the Managing Director of FAAN Captain Rabiu Hamisu Yadudu had in attendance the Munich Airport Expert Team, Herbert Keffel, Georgios Elkolids and Julian Duerdoth and was coordinated by Fortune Idu, Managing Director of FCI International Ltd with Nike Aboderin, the Director of Finance as the team lead on the Nigerian side of 30 FAAN participants. In a statement from the General Manager, Corporate Affairs (FAAN), Henrietta Yakubu the aim was to assess the readiness of FAAN to gradually begin operations, following the Federal Government’s directive for reopening of the four regional airports. In initiating the meeting, Captain Yadudu had commented that ‘while FAAN is responding to the guidelines set by the Nigeria Civil Aviation Authority (NCAA) for gradual airport reopening and POST COVID 19 operations, “ it is important also to compare notes with other airports in the world to make sure we are on the right track and join the global industry in building back travel confidence,” he said. Munich airport has successfully reopened its airport and has recommenced domestic and international flights, so it is worth sharing their experience with them according to the MD of FAAN. Furthermore, FAAN intends to begin involving itself in route development and therefore, collaborative efforts between Munich and FAAN can help in that direction.

The presentation via skype simulated from Germany and England was tagged Rapid Aviation Plan by Georgios Elkolids. Herbert Keffel highlighted the steps and considerations which Munich Airport International adopted towards the successful reopening of the airport.

Though there are guidelines issued by ICAO and ACI for the purpose of the reopening, the guidelines become more successful if they are adapted based on the peculiarities of the airport environment which Munich has successfully done. In response to a question raised by Aboderin, FAAN Director of Finance on the issue of orderly management of human traffic in a relatively small airport space, the Munich airport team not only compared notes on how they have carried out flow management and social distancing orders with the FAAN team but also showed a willingness to continue the backend co-operation and information sharing to help build traffic, passenger confidence and also improve operational efficiency, non-aeronautical services and route development.

It is important also to compare notes with other airports in the world to make sure we are on the right track.