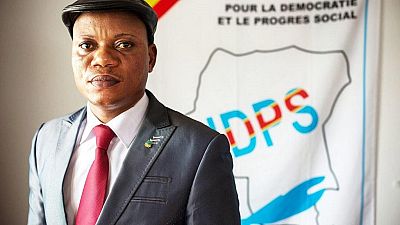 Supporters of Democratic Republic of Congo President Felix Tshisekedi demonstrated in the capital Kinshasa and other cities across the country on Tuesday, following an evening of tension at the National Assembly.

In Kinshasa, about 300 activists of the presidential party Union for Democracy and Social Progress (UDPS) were dispersed by police, an AFPTV journalist said.

They burnt tyres to protest against the dismissal of a UDPS official, Jean-Marc Kabund, from his post as first vice-president of the assembly in a vote by MPs.

It is the FCC (former president Kabila's political platform) that does not want the UDPS to manage public affairs. We cannot remain silent.

The demonstrators demanded the dissolution of the coalition between President Tshisekedi and his predecessor Joseph Kabila, who are in the majority in parliament.

“It is the FCC (former president Kabila’s political platform) that does not want the UDPS to manage public affairs. We cannot remain silent,” said UDPS activist René Tshiasuma.

In Mbuji-Mayi, capital of Kasai Oriental and home province of President Tshisekedi, a video shared on social networks shows men ransacking the headquarters of former President Kabila’s party, the People’s Party for Reconstruction and Democracy (PPRD).

In Lubumbashi, in the south-east of the country, supporters of Mr. Kabund tried to demonstrate without much success, in the face of a police presence around the protest site. However, no incidents were reported, according to an AFP correspondent.

On Monday, 289 out of 500 deputies voted to remove Kabund from his post as first vice-president of the National Assembly.

Mr. Kabund is the interim president of the UDPS and a close associate of the head of state.