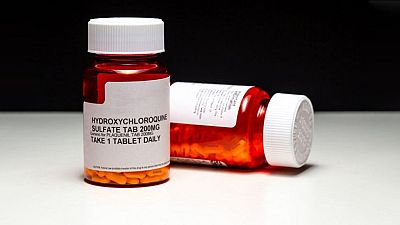 Algerian authorities have vowed they will not give up on the controversial use of hydroxychloroquine in the treatment against coronavirus, despite the decision of the World Health Organization (WHO) to suspend clinical trials, a member of the Pandemic Monitoring Committee said Tuesday.

“We have treated thousands of cases with this drug with great success to date. And we have not noted any adverse reactions,” Dr. Mohamed Bekkat, a member of the Scientific Committee monitoring the evolution of the Covid-19 pandemic in Algeria, told AFP.

“We have not recorded any deaths related to the use of (hydroxy)chloroquine,” said Dr. Bekkat, also president of the Council of the Algerian Medical Association.

We have treated thousands of cases with this drug with great success to date. And we have not noted any adverse reactions.

Algeria had decided at the end of March to treat patients with the new coronavirus with a double treatment of hydroxychloroquine and azithromycin, an antibiotic.

“For confirmed cases, we use hydroxychloroquine and azithromycin. Then there is a whole protocol for serious cases,” a health ministry official told AFP on Monday.

Since the end of March, thousands of contaminated Algerians have received treatment based on hydroxychloroquine, according to Dr. Djamel Fourar, spokesman for the Scientific Committee monitoring the evolution of the pandemic.

The WHO announced on Monday that it had “temporarily” suspended the clinical trials with hydroxychloroquine that it is conducting with its partners in several countries as a precautionary measure.

This decision follows the publication of a study in the medical journal The Lancet that found that the use of chloroquine or its derivatives, such as hydroxychloroquine, against the new coronavirus is ineffective or even harmful.

For Dr. Bekkat, this study “is confusing” because it “seems to concern serious cases for which hydroxychloroquine is of no help”.

“There is evidence that the use of (hydroxy)chloroquine by Arab and African countries has been shown to be effective when used early,” he said.

Algeria is one of the countries most affected by the virus in Africa. A total of 8,503 cases and 609 deaths have been officially recorded there since 25 February.