Sources told AFP that heavily armed individuals attacked the police post in the town of Faramana at around 10 pm local time. Two police officer, including the brigade commander, were killed in the attack, while another is missing.

According to AFP, “the police stations of Faramana and Madouba were the target of an attack by armed individuals on the same night”.

The police stations of Faramana and Madouba were the target of an attack by armed individuals on the same night.

On Saturday, Burkinabe President Roch Marc Christian Kaboré said at the end of a Defence Council meeting that he had given instruction to the military hierarchy so that “strategies are taken for the destruction” of jihadist bases. Last week, at least seven members of the security forces lost their lives in jihadist attacks.

The West African state had been plagued by frequent attacks by jihadists, often interspersed with communal conflict, which killed nearly 900 people since 2015. This has forced 840,000 people to flee their homes.

According to the United Nations, the violence that affects this entire part of the Sahel resulted in 4,000 deaths in Mali, Burkina Faso and Niger in 2019. 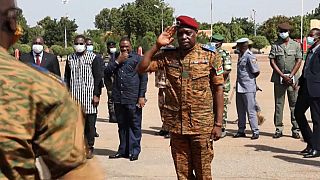