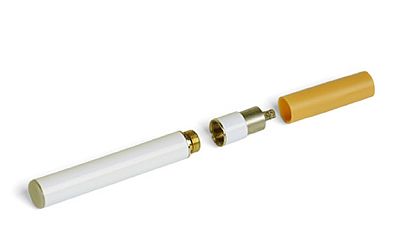 Millions of people across the globe are trying so hard to get rid of their smoking habit. In fact, studies show that as much as 70% of smokers have expressed the desire to stop.

Doing away with smoking is one of the best steps anyone can take as it has a lot of health benefits. For those who are thinking of quitting, they may consider using electronic cigarettes (better known as e-cigarettes, e-cigars or vape pens) so they cope as they move away from cigarette smoking.

While vaping is becoming more popular all across the globe, thanks to very trendy advertising and promotions, the question remains: is vaping actually better than the conventional tobacco products? Can a vape shops pen actually help you to conquer the destructive habit of smoking once and for all? This article is going to answer these questions and provide more information on some of the most interesting facts relating to electronic cigars and vaping in the sections below.

Electronic cigarettes work by heating up nicotine (which is a component of tobacco), chemical substances and flavorings so as to produce water vapor. It is this water vapor that is then inhaled by the user. Normal tobacco cigarettes have about 7,000 chemicals and many of them are dangerous and carcinogenic.

Although it is not certain the precise chemical substances that are present in electronic cigarettes, the fact is that they have few poisonous substances in them than the normal cigarettes. But this is not to say that vaping is entirely safe. In January 2020, 60 people in the United States died from lung injury that stemmed from the use of electronic cigarettes. The British Medical Association has called for a stronger regulation of e-cigarettes.

●       Vaping Is Actually Unhealthy According to Scientists

Nicotine is known as a primary ingredient in traditional cigarettes and electronic cigarettes and it is known for being one of the most addictive substances ever. This substance makes people have a heightened desire for smoking and can lead to nasty withdrawal symptoms when the person cannot smoke on time. This same nicotine that is consumed while vaping is also very toxic to the human body as it increases blood pressure and makes adrenalin level in the body to increase and these increase the chances of coming down with a heart attack. So the question here is that is vaping bad for you?

At the moment, it is still not clear what substances are present in the vapor from electronic cigarettes or how the chemicals even interact with cells of the body when consumed over time. So, what scientists have been able to conclude is that vaping constitutes a potential danger to your health. Research has shown a connection between vaping and chronic lung disease and cardiovascular disease. This study was published in the American Journal of Physiology in 2015.

For those who are not aware, both normal cigarettes and electronic cigarettes actually contain nicotine and this is a substance that can be incredibly addictive. The worse part of the news is that for vapers, they are even likely to be exposed to higher levels of nicotine than from a normal cigarette. Some of the reasons for this is that vapers make use of huge cartridges that have higher levels of nicotine and users also tend to increase the level of heating so as to be able to consume a lot more of the substance. So, as it is, not many will like to hear this, but for those who want to quit smoking, vaping does not look like a really safe alternative.