Clean energy, mangroves and fish stocks: How is the UAE preserving its nature?

The woody mangroves of Jubail Island in Abu Dhabi have become a hub for biodiversity along the UAE’s coastline.

The project, which is continuation of the ecological vision of the country’s late founder, Sheikh Zayed bin Sultan Al Nahyan, is a playground for gazelle and flamingos.

“The vision extends to the entire 32 square kilometer island. And our vision is to create a very low-density development in harmony with the surrounding protected and environmental areas,” says Richard Russell, COO of the Jubail Island Investment Company.“We have probably over 80 species of birds, 13 species of crabs and mollusks and a myriad of varying fish species.”

A report by the World Wildlife Fund states that the Earth’s ecosystems are in steep decline and this could ultimately put global economies at risk.

Heeding this, is the Environmental Agency Abu Dhabi (EAD), which launched in 1996 to become the largest environmental regulator in the Middle East.

Charting its course is Her Excellency Razan Al Mubarak, who has overseen the conservation of turtles in the UAE and the reintroduction of an endangered oryx to Chad. 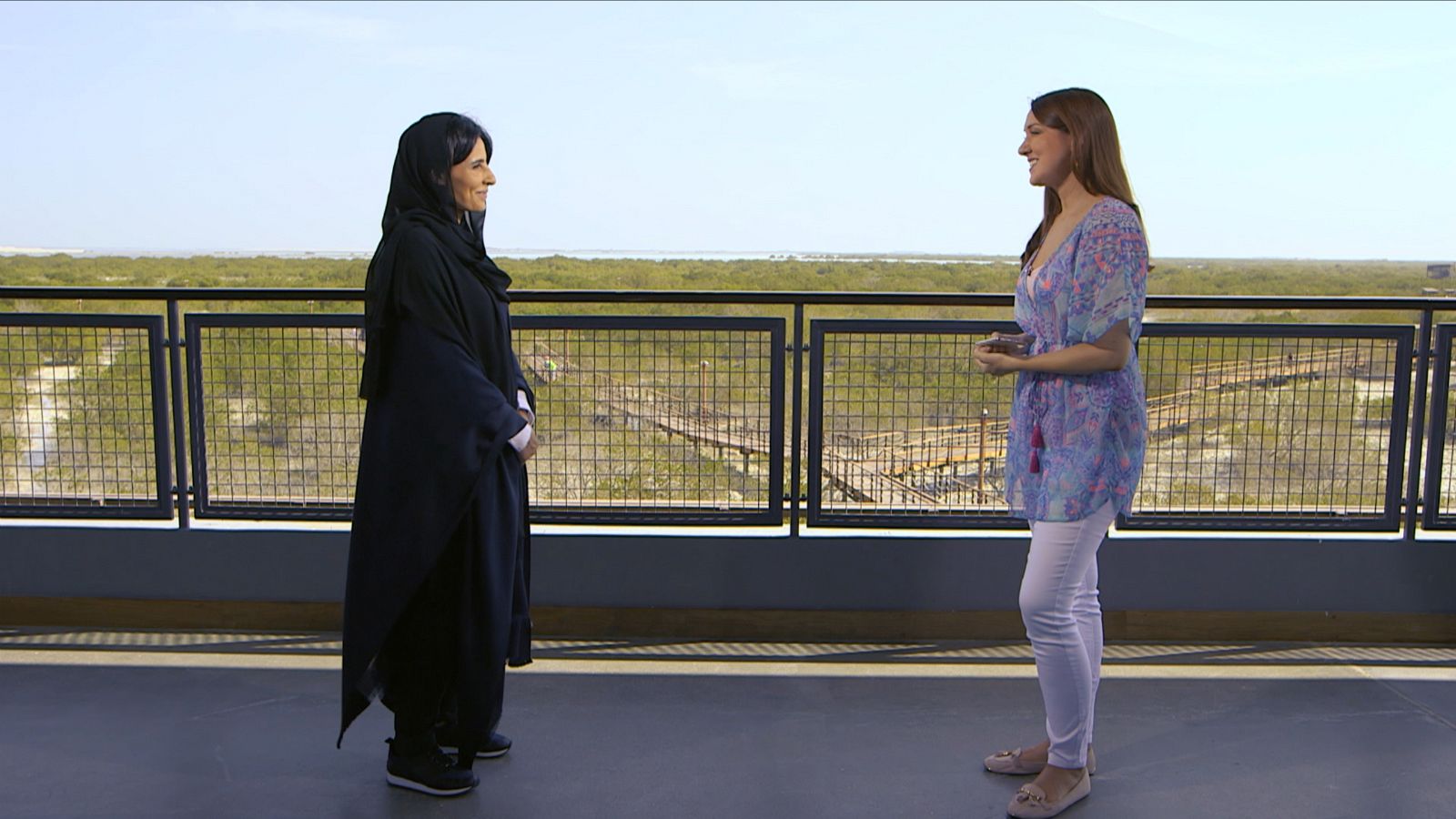 Mubarak is also managing director of the Mohamed bin Zayed Species Conservation Fund, which has supported more than 2,000 projects in 150 countries, worth more than US$19 million.

She told Inspire Middle East’s anchor Rebecca McLaughlin-Eastham that the mangrove park’s location had benefits for surrounding emirates which are still building and developing their cities.

“These mangroves were planted over 40 years ago, but today, their mitigation effort is immense,” says Al Mubarak. “They absorb more than 41 million tons of equivalents of carbon dioxide. Which is, essentially, more than double the emissions of the oil and gas sector.”

Some scientists are warning that the Holocene extinction, otherwise referred to as the sixth mass extinction of wildlife, is underway. Many analysts blame human activity, including overpopulation and overconsumption, as root causes for the problem.

“There are a number of reports that have been conducted by thousands of scientists, that indicate that we are facing a sixth extinction. If we don’t do anything, we’re at risk of losing more than a million species in the next few years,” says Al Mubarak. “We must invest in the greatest museum of all, and that is nature – it’s conservation and preservation. It is a reflection of our humanity.”

Some UAE fish stocks, including species like hamour and sheri, are being overexploited and fished up to five times their sustainable limit. Whilst conceding there’s much work to be done, Al Mubarak is confident that the country’s environmental outlook can improve. 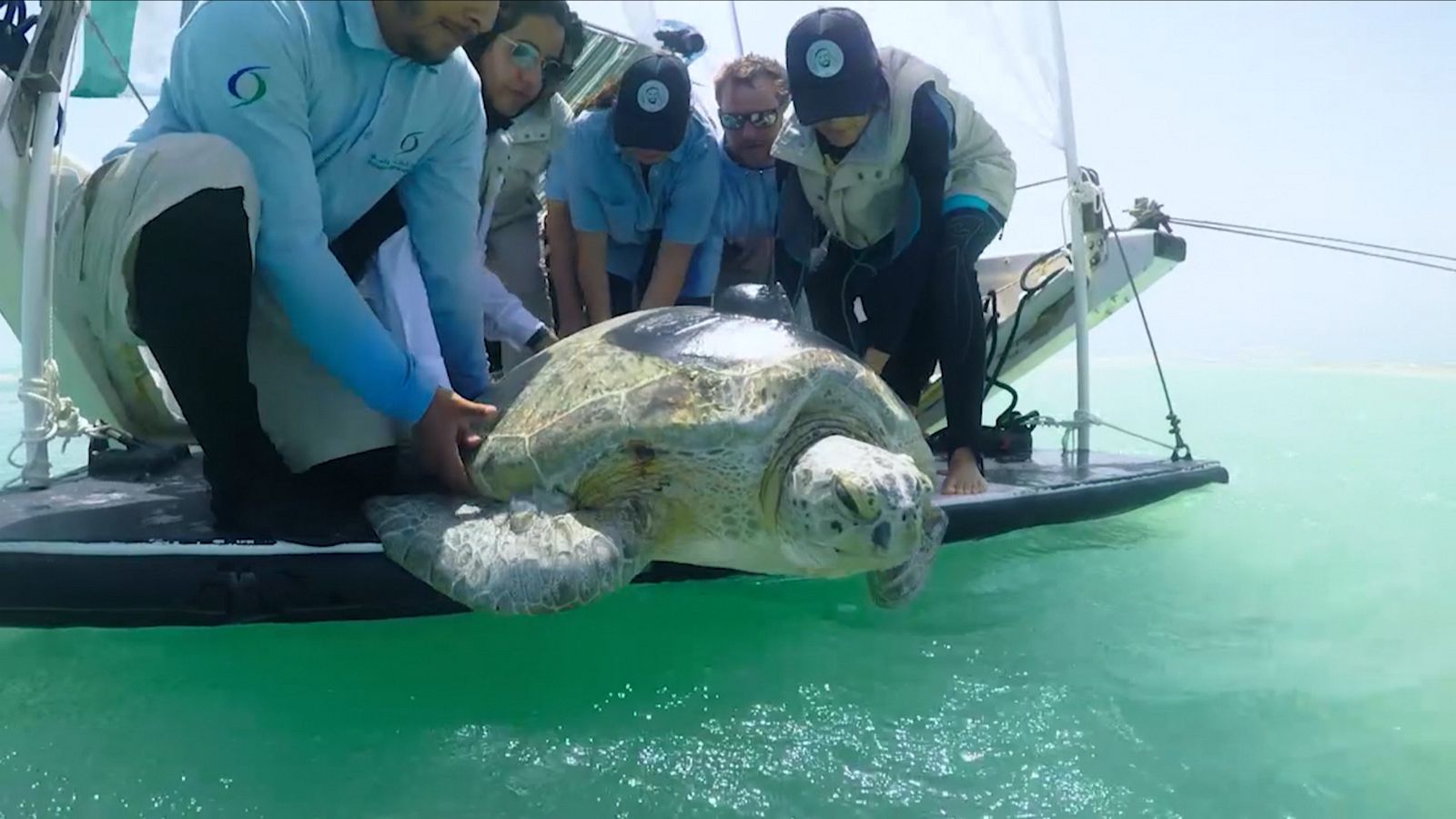 The protection of marine turtles is imperative to their conservation

“Conservation can be successful, and we see these examples in the protection of marine turtles for example, their numbers have been stable consistently over the past decade,” she remarks. “We see that in the number of dugongs – we have the second largest population after Australia. However, on the other hand, we do see a severe decline in the fishery sector and that can be contributed to a number of factors: overfishing, habitat destruction, climate change.”

Al Mubarak is cognisant of the environmental obstacles facing her organizations as they seek to bolster the UAE’s biodiversity. These include the acidification and rising temperatures of regional waters, often exceeding the global average.

New ecological challenges have given rise to new strategies, according to the EAD.

“There have been a number of encouraging figures locally, and we are on the route of increasing our protected areas from 15% today, to 30% by 2030,” says the conservation director. “We are also working on diversifying our energy mix. We’re looking at a 50% renewable energy contribution to our energy needs by 2050.” 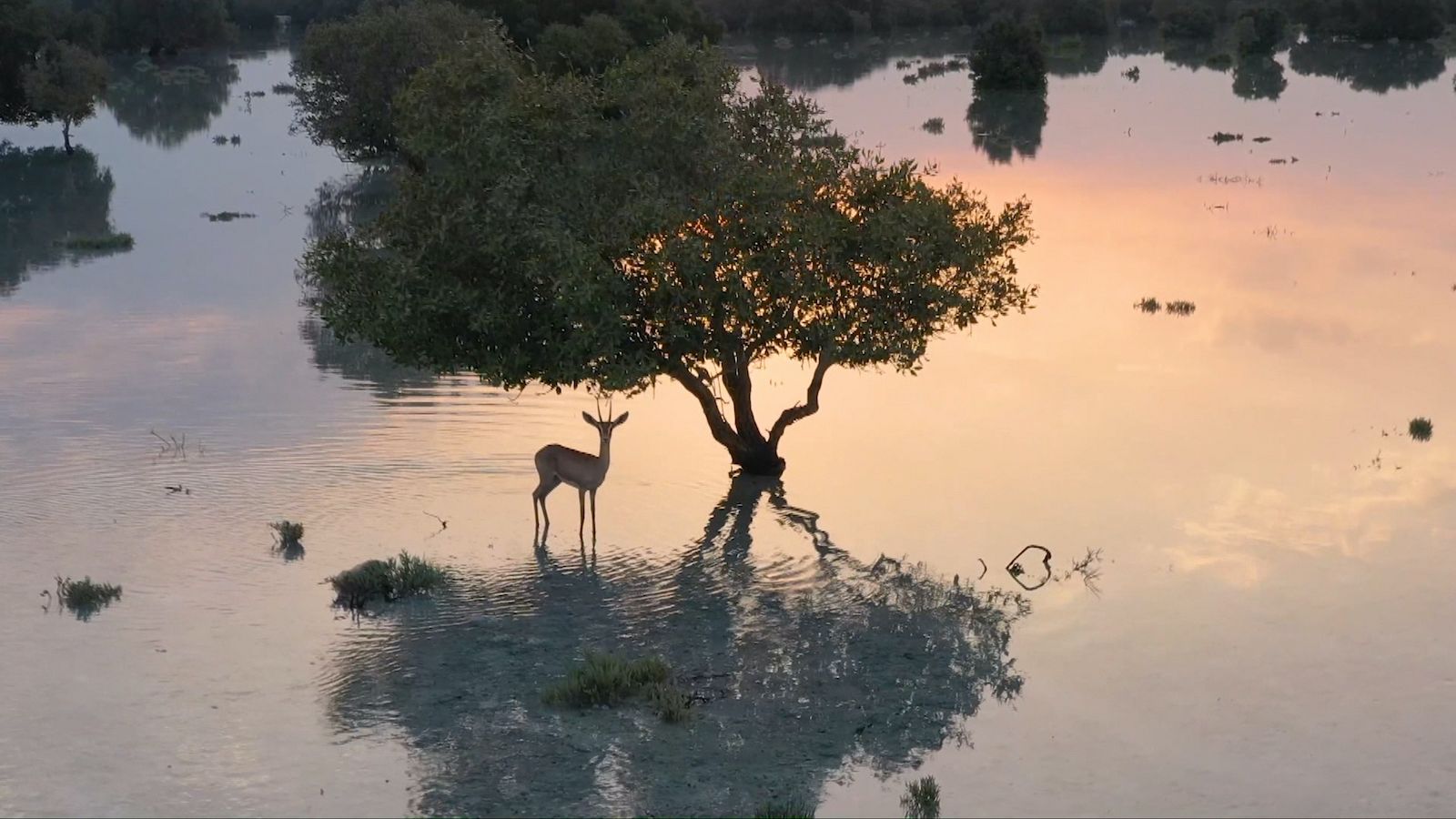 Al Mubarak is currently running for the presidency of the IUCN, or International Union for Conservation of Nature.

If successful, she would become the first Arab woman to lead the organization and its 72-year history.

“If I get the job, I would first listen,” she says with a smile. “Second, I would hope to bring a more balanced approach, between the conservation agenda and the climate change agenda. And third, is nurture cooperation between the members.”

Wildlife warrior Rami tries to safeguard the survival of Lebanese wildlife, including turtles.

Loggerhead sea turtle (Caretta caretta) hatchlings from the 2019 season. Due to human activity and the increase in the population of red foxes a certain interference became necessary to ensure the survival of some hatchlings before they reach the sea. This year we had the lowest number of sea turtle nests in 20 years mainly cased by light pollution from an illegal resort that was built near the beach. . . . #orangehouseproject #wildfree #lebanesewildlife #seaturtleeggs #seaturtlehatchery #seaturtle #seaturtles #seacreatures #seaturtlesconservation #seaturtlehatchlings #seaturtleslebanon #seaturtlebeach #marinebiology #marinelife #marineturtles #lebanon #loggerheadturtle #loggerhead #loggerheadseaturtles #carettacaretta #turtleconservation #turtlesofinstagram #turtleseason2019

Palestinian Rasha has planted some mangrove trees in the UAE.