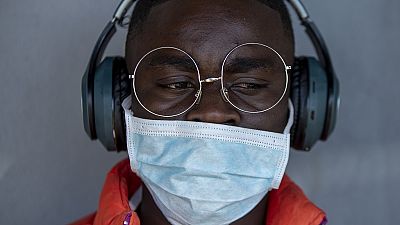 Last Friday, prisoners in one of Chad’s main holding facilities attempted to force their way to freedom following restrictions imposed of visits as part of measures to control spread of the coronavirus.

The attempted escape took place at the prison of Amsinéné. The Minister of Justice is quoted by Aurelie Bazzara a French journalist based in the country as saying: “Everything is now under control.”

The currently currently has one confirmed case. Borders have been shut and a ban imposd on public gatherings including prayers in mosques. Other control measures have been the disinfection of the N’djamena Central Market by authorities.

A key point of concern has been with public transport. Despite a ban on movement in groups, local news portal Tchad Infos reports that the buses which are one of the most popular and patronized forms of transport continues to operate in many parts of the country.

Meanwhile guidelines have also been given from the Ministry of Finance and Budget with respect to how civil servants will be receiving their salaries as the month winds down.

Chad on Thursday confirmed its index case of coronavirus. It is the last Central African nation to record a case. The patient in question is a Moroccan national coming from Douala, Cameroon.

The government in a statement confirming the news tasked the populace to remain calm and observe sanitary practices. Chad had earlier this week announced closure of all borders as a measure of keeping out the virus. the order was to take effect after midnight today.

Officially, all Central Africa countries are infected. The most impacted being Cameroon with 17 confirmed cases as against for for DR Congo and three for Congo Republic, one in Gabon, Equatorial Guinea, Central African Republic.