After long hours of waiting, some 600 migrants stranded on the tourist island of Kea in the Aegean Sea were able to reach the mainland on a ferry chartered by the Greek government.

On Thursday, they were quarantined in an abandoned hotel in the port due to a suspicion of coronavirus among the group.

The migrants transited through Turkey, which has said it will no longer prevent the movement of migrants to EU member states.

We hope that the rest of the promises will be kept so that we see an improvement to a situation that is dragging on.

The decision caused a border crisis between the two neighbours.

“The promise that the migrants would leave is being kept, concerning those who came after March 1 and are not entitled to asylum. The ship came and took those who were left behind from all the islands. We hope that the rest of the promises will be kept so that we see an improvement to a situation that is dragging on”, said Northern Aegean Governor, Kostas Moutzouris.

Greek authorities said they would not allow migrants who arrived after March 1 to apply for asylum and would detain them pending deportation.

Earlier this month, a naval vessel transferred 450 migrants who had arrived illegally since March 1 from Turkey to a facility near Athens pending deportation. 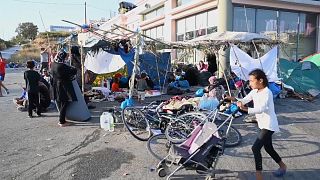 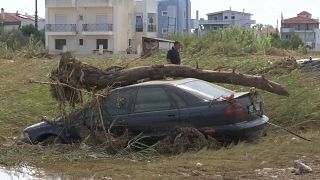