View: the futility of Pompeo's anti-China message in Africa 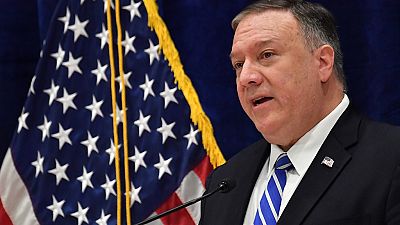 When the United States’ secretary of state Mike Pompeo began his Africa trip in mid-February, it was clear that countering China’s influence on the continent was top of his agenda.

Yet from Senegal to Angola, he had restrained himself from the hard-hitting attacks on China that have come to define his tenure as America’s top diplomat.

However, as he concluded his trip in Ethiopia, Pompeo warned African countries ‘against authoritarian regimes that offer empty promises’.

In all honesty, he was expected to talk about Beijing on this trip and he did. The key difference is that he refrained from the more hawkish tone he had used just days earlier at the Munich Security Conference.

But Pompeo found a continent too pre-occupied with its own agenda to pay attention to his message. While Africa is happy to engage with America, it hates to be told whom not to work with.

Washington’s approach that sees Africa as the battleground for great power rivalry lies at the heart of why the messaging from Washington, as consistent and loud as it has been, has struggled to get attention.

This zero-sum approach that asks countries to choose sides instead of balancing relations has rubbed many African leaders the wrong way. And rightly so. Africa hates to be the turf where cold wars are fought. America wants its adversaries to be Africa’s adversaries, its competitors to be our competitors. That is hugely problematic.

Whether on Huawei or Chinese lending, Washington’s message has found a continent struggling to bridge its infrastructure gap that has hindered its participation in the global economy.

The ports, highways and pipelines in many developed countries are mostly absent in Africa. Countries see Beijing’s Belt and Road Initiative, a project to build ultra-modern infrastructure connecting China with Asia, Europe and Africa as partly the answer to their development needs.

Pompeo’s message has found a continent racing to implement the African Continental Free Trade Area (AfCFTA), a program designed to promote intra-African trade and industry. While the AfCFTA has received backing from Beijing, Washington, in what some analysts contends borders on antagonism, has instead begun trade talks with Kenya, one of Africa’s most important economies.

Africa is a continent bracing for the inevitable coming of the coronavirus. With America itself struggling to test and care for cases, countries in Africa will almost certainly look to Beijing for help when the virus begins to ravage their health systems.

The US secretary of state’s assertions that America is the better partner are betrayed by the recent travel ban slapped on Eritrea, Nigeria, Tanzania and Sudan. It is not really Pompeo’s fault. Under Trump’s administration, it is quite common for Washington to say one thing and do just the opposite.

The absence of a concrete policy on which to build engagement with the continent has made America most reactionary in its dealings with Africa.

It has also left Washington mostly a ranting capital without alternatives to offer Africa. Warning countries against Huawei or loans is not enough. It should be followed with better, even more affordable technology and lending from Washington.

On the issue of 5G, Washington cannot offer any alternatives as no American company has the technology. But it can help to build the capacity of African government to negotiate better credit terms, not just with Chinese banks but even other multilateral lenders.

It gets even more disturbing that Pompeo barely mentioned Prosper Africa, his administration’s signature economic program. Since its launch in December in 2018, the program has struggled to gain momentum. That alone says as much about Washington’s willingness to step its work in Africa.

There’s enough space for more than one player in Africa. China and America just have to capitalize on their comparative advantages.