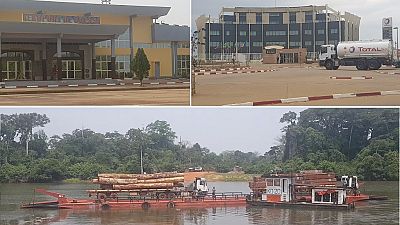 <h2 style="font-size:16px;"> Introduction </h2> <p>African governments continue on the path of seeking to generate economic opportunities for its ever growing population especially for teeming youth across the continent.</p> <p>Most countries thus develop and nurture policies that are strictly public driven, privately-run or a combination of both, the now popular Public – Private Partnerships (<span class="caps">PPA</span>s).</p> <p>An increasing push towards an integrated common market across the continent with the African Continental Free Trade Area, AfCFTA, has been a key motivation for governments irrespective of their economic trajectories.</p> <h2 style="font-size:16px;"> Countries with twin capitals </h2> <p>African capitals are perhaps the second most popular pointers one is likely to be familiar with aside the name of a country. Fact is these capitals more often than not serve as political and economic centers.</p> <p>For different reasons, a number of African countries have separated their political and economic capitals. South Africa is one such with Pretoria as seat of government and Johannesburg as economic capital.</p> <p>In Nigeria, Abuja is political capital with Lagos as commercial capital. Over in Central Africa, Cameroon has Yaounde as political capital but Douala as the economic center. Across Cameroon’s southern border is Congo Republic where a similar arrangement is in place.</p> <p>Brazzaville in the south is the political capital while Pointe Noire located in the southwest bordering the Atlantic Ocean is the economic center of the oil-producing resource-rich equatorial African nation.</p> <h2 style="font-size:16px;"> Zooming in on Ouesso </h2> <p>But this two-part piece is zooming in on Ouesso (pronounced way – so) a town located in the country’s north. The area’s significance in economic terms puts it in the same bracket as Brazzaville, Pointe Noire and twin cities of Oyo-Ollombo in the center.</p> <p>Ouesso is one of four “special economic zones, <a href="http://zes.gouv.cg/en/special-economic-zones/economics-zones/ouesso"target="_blank"><span class="caps">SEZ</span>s</a> in Congo. According to a government portal, these <span class="caps">SEZ</span>s are areas created by the government to act as economic nervecenters in strategic parts of the country.</p> <p>In the particular case of Ouesso, its significance is vast in three broad areas, two of which are are actively being pursued at the moment in a number of <span class="caps">PPA</span> arrangements.</p> <p>There are: The industrial processing of wood into sawing and plywood, and eventually the production of furniture and construction of real estate.</p> <p>The second and third phases focus on developing the agricultural potential of the area which has a fertile soil. Phase 2 involves the preparation, development of coffee and cocoa cultivation along with the creation of agro-industry through the processing of these crops. The third phase concerns the cultivation of the palm.</p> <p><img src="https://static.euronews.com/articles/100/43/1004307/1024x576_bonus-20200227162806.jpg" alt="" /></p> <h2 style="font-size:16px;"> Regional and cross border economic significance </h2> <p>At the heart of Ouesso’s central business district (Centre Ville) is an office complex belonging to the Bank of Central African States, <span class="caps">BEAC</span>. The imposing structure sits on the main roundabout that connects different sides of the city.</p> <p>But far away from the center of town to the far north of Ouesso is the Sangha river, one of four rivers that feeds the town. The river serves different purposes with its business aspect in focus here.</p> <p><img src="https://static.euronews.com/articles/100/43/1004307/1024x576_bonus-20200221155558.jpg" alt="" /></p> <p>Sangha separates Congo and Cameroon at a border point where there is brisk formal and informal trade. Raw and processed wood from Congo’s forests are transported into Cameroon by a vessel.</p> <p>The jointly owned vessel takes loaded articulator trucks across the river before returning with empty trucks to come for more load. All necessary officials – immigration, gendarmes, health, police officers are stationed on both sides of the border.</p> <p>Locals using boats also seen crossing the Sangha conducting small business especially with drinks crossing from one side to the other. Whiles the Congolese side has towns on the banks, the Cameroonian side has a long stretch of the Equatorial forest.</p> <p><img src="https://static.euronews.com/articles/100/43/1004307/1024x576_bonus-VideoCapture20200223-002630.jpg" alt="" /></p> <h2 style="font-size:16px;"> The Ouesso Airport </h2> <p>The main source of transport to Ouesso is via road. The Route Nationale 2 links the capital Brazzaville directly to Ouesso via a number of departments (regions) and through another economic zone, Oyo – Ollombo.</p> <p>The city has an airport which was opened in 2007 by President Denis Sassou-Nguesso. As at February 2020, it was undergoing a number of upgrades and experienced very little activity by way of flights.</p> <p>With a 15-hour road trip from Brazzaville, many visitors – business people or tourists, long for the return of commercial flights to and from Ouesso. To and from Cameroon, there is also a land border that connects Ouesso to as far as the Cameroonian capital, Yaounde.</p> <p><img src="https://static.euronews.com/articles/100/43/1004307/1024x576_bonus-20200220152350.jpg" alt="" /></p> <p>Ouesso undoubtedly is a rising economic giant for Congo especially with regard to regional integration and opening up the north of the country to investment, long term development and boom.</p> <p>In the second part of this piece, we look at some peculiarities of Ouesso and the Sangha region in general and also zoom in on the tourist potential of the area.</p> <p><strong><em>Shaban Abdur Rahman Alfa</em></strong><br /> <strong><em>Digital journalist</em></strong><br /> <strong><em>alfa.shaban@africanews.com</em></strong><br /> <strong><em>@AlfaAfrican</em></strong></p> 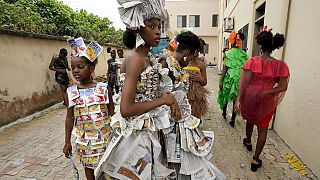