Ethiopia 'disappointed' with US mediation in Nile dam dispute 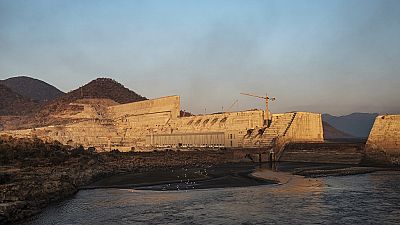 <p>Ethiopia on Saturday said it was disappointed by the mediation efforts of the United States over its dam project on the Nile River, suggesting that a deal would not be agreed soon.</p> <p>The U.S. Treasury, which oversees the talks between Ethiopia, Egypt and Sudan, said Friday in a statement that an agreement had been reached and invited Ethiopia, which boycotted the latest round of negotiations in Washington, to sign it “as soon as possible”. The content of the agreement has not been revealed.</p> <p>Ethiopia’s water ministry ministry announced on Wednesday that it was not sending officials to Washington “because the country’s delegation hasn’t concluded its consultation with relevant stakeholders”.</p> <p>Analysts said the move was to signal Addis Ababa’s displeasure at the mediators.</p> <p>The US Treasury Department and the World Bank stepped in last year to facilitate talks between Ethiopia, Egypt and Sudan- another downstream country- after Egyptian President Abdel Fattah al-Sisi reached out to US President Donald Trump, a close ally.</p> <p>The process was initially supposed to conclude by mid-January, but officials pushed the deadline to the end of February, only to come up short again.</p> <p>On Friday, Egypt said it was the initiator of the agreement, which it described as “fair and equitable” and in the “common interest of the three countries”.</p> <p>On his visit to Ethiopia last week, US Secretary of State Mike Pompeo suggested that a deal was still far off. </p> <p>In Ethiopia, there are concerns that the country’s government had been put under pressure by the U.S to sign the agreement. People in the country feel strongly about the $4.6bn Grand Ethiopian Renaissance Dam (<span class="caps">GERD</span>). </p> <blockquote class="twitter-tweet"><p lang="en" dir="ltr">The statement issued by US Treasury on <span class="caps">GERD</span> is unacceptable & highly partisan, Ethiopia believes in continued engagement with Egypt & Sudan to address the outstanding issues and finalize the Guidelines and Rules on a win-win basis for all. <a href="https://twitter.com/hashtag/GERD?src=hash&ref_src=twsrc%5Etfw">#GERD</a> <a href="https://twitter.com/mfaethiopia?ref_src=twsrc%5Etfw"><code>mfaethiopia</a></p>&mdash; Gedu Andargachew (</code>GeduAndargachew) <a href="https://twitter.com/GeduAndargachew/status/1233797172950392832?ref_src=twsrc%5Etfw">February 29, 2020</a></blockquote> <script async src="https://platform.twitter.com/widgets.js" charset="utf-8"></script> <p>The Nile elicits equally strong nationalistic sentiment in Egypt as well. </p> <p>The dispute over what will be Africa’s largest hydroelectric dam pits Ethiopia’s desire to pull millions out of poverty against Egypt’s concerns over critical water supply.</p> <p>Two colonial-era treaties give Egypt and Sudan greater control over the Nile, an arrangement opposed by upstream countries which were not party to the treaties. </p> <p>Ethiopia has signaled it will proceed to partially fill the dam’s reservoir to test turbines with or without a deal.</p>