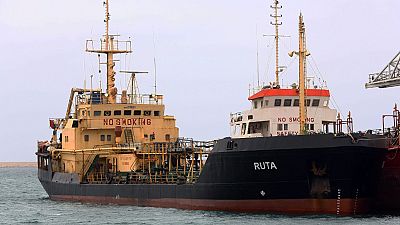 Libya’s revenues are bleeding from a protracted blockade on oil exports. The National Oil Corporation said losses from the shutdown of major oil fields and terminals had surpassed $2bn on Tuesday.

Oil production became the latest victim of a bitter conflict between two rival governments, when forces loyal to the rebel administration of Khalifa Haftar seized major oil ports and shut the flow of crude in January.

Production has dropped from 1.2 million barrels a day before January to about 120,000 this week, the corporation said in a statement.

The standoff over Libya’s main source of income has threatened to cripple the already battered economy and deprive the country of fuel supplies.