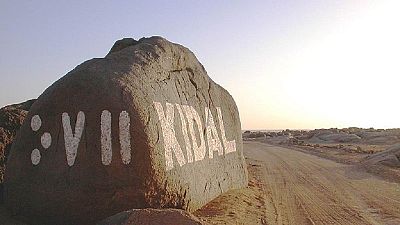 Mali’s military returned to a longtime rebel stronghold with former rebels as well as regular soldiers making up the arriving force of hundreds Thursday, some six years after army forces retreated from the northern town of Kidal amid violence.

Kidal has been under the control of ex-separatists belonging to a coalition known as the Coordination of Movements of Azawad (CMA) which entered into a fraught peace agreement with the Malian government in 2015.

The one-time separatists who had sought to create an independent state called Azawad now have allowed for the return of reconstituted forces as stipulated in that accord, which has taken years to fully implement.

Army Col. Maj. Diarran Kone confirmed to The Associated Press that the arriving forces included 200 regular army personnel, 200 former rebels and 200 men who previously fought for a self-defense group in the area.

CMA spokesman Sidi Ag Baye acknowledged the stakes were high. “If it succeeds, I think the rest of the process will succeed,” he said late Thursday.

The Malian army already was operating in the region of Kidal, but Thursday’s arrival marked the return of soldiers to the town.

The battalion’s first role will be to provide security to the governor of Kidal region, said Samba Tall, who is directing reintegration efforts for the Malian military. The forces also will take part in joint patrols with the United Nations peacekeeping mission in Mali.

A Tuareg rebellion in northern Mali and ensuing army casualties prompted a military coup in 2012. Al-Qaida-linked militants took advantage of the army’s retreat, sweeping in and seizing control of Kidal along with the towns of Timbuktu and Gao. A French military operation ousted the extremists from power the next year.

By July 2013, Mali’s military was allowed to return to the town of Kidal just before presidential elections but the peace did not last. Soldiers left again in 2014 amid rising violence when rebels stormed government buildings and took hostages who were later released.

Despite the 2015 peace agreement between the government and one-time separatists, Kidal has not escaped violence. Jihadists have repeatedly targeted the U.N. base there, and a 2016 attack killed seven peacekeepers.