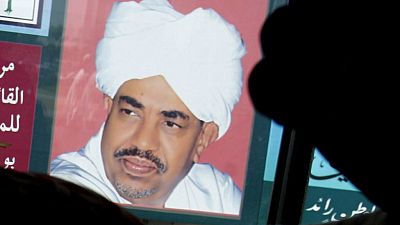 Hours after the news broke that Sudan was ready to handover its former president Omar Al-Bashir to the Hague-based International Criminal Court, ICC, a journalist is reporting that the Transitional Council is united on Bashir facing justice but that it tilts more to him doing so in Sudan.

Yusra Elbagir who extensively covered the protests that led to Bashir’s downfall for multiple news outlets said the impression that Bashir and other indictees will be flown to the Hague was wrong.

She cited a government official who she had spoken to as stressing the complexity of handing Bashir to the ICC. After three decades in office, Bashir was ousted in April 2019.

He has been indicted by the ICC since 2009 over war crimes and crimes against humanity. The crimes were allegedly committed during Sudan’s military campaign in Darfur between 2003 and 2008.

As it stands the Sudanese government has no intention of extraditing ex-President Omar Al-Bashir to the Hague to face the International Criminal Court.

I spoke to a senior government official this morning who told me there have been two / three months of consultations over how they can corporate with the ICC – especially after demands from armed rebel groups during peace talks that Al-Bashir be sent to face trial in the Hague.

But the official told me that there is consensus in the transitional government that a lot of problems will arise internally if he is tried outside of Sudan. So they are discussing ways for Al-Bashir to “appear” in front of the ICC, within the country’s borders.

Other options were discussed but all within Sudan’s infrastructure.

The official made some calls in front of me and made sure to accurately translate the word “مثول” so that there was no confusion. He settled on “appear in front of the ICC.” He confirmed to me again, that this would not be at the Hague.

This was before the government statement. The ICC has not agreed to any of the above options presented by the Sudanese government.

Consultations / talks continue… This information was confirmed shortly after this meeting (an hour or so before the statement) by a second senior Sudanese government official.

In all of the government statements / quotes I’ve seen across media outlets today – all from Al-Taishi – I have not seen him mention the Hague or extradition once.

Technically, their plan is to “hand” Al-Bashir & Co to ICC delegates – that they are hoping to convince to come here (to Sudan)