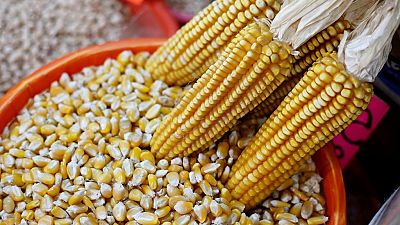 Zimbabwe’s weekly white corn imports from South Africa have risen to an 11-year high as food crisis worsens and after the government lifted a ban on purchase of genetically modified grain.

The country imported 16,114 tons of the variety of the grain in the week ended Jan. 31, the highest weekly amount since February 2009, according to the South African Grain Information Service.

Parts of Zimbabwe have been hit by the worst drought in 40-years and at the same time the country is in the midst of an economic collapse, leaving some city dwellers unable to afford food.

The country has a supply gap of as much as 1 million tons for this season. South Africa mainly produces genetically modified corn.

While the shipment is a marked increase from previous weeks, Zimbabwe has imported just 66,524 tons of white corn from South Africa in the season that began April 27.