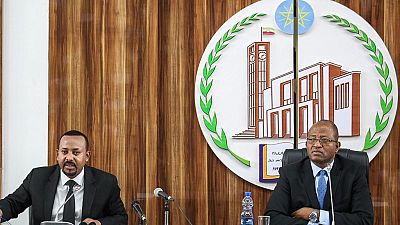 Ethiopia Prime Minister Abiy Ahmed Ali has addressed a series of issues affecting the country in a session with lawmakers earlier this week.

The Ethiopian News Agency, ENA reported that Abiy had addressed issues ranging from the abduction of university students, the general security situation and preparations for upcoming general elections.

He was addressing members of the House of Peoples’ Representatives on Monday. Whiles admitting that existing events were challenging, Abiy stressed that there was the need for time and cooperation to overcome the hurdles some of which require long-term structural change.

The student abduction is one of Ethiopia’s key security challenges which has metamorphosed from demands for information on social media to protests in parts of the country.

Till now, the PM’s office had through the press secretary made pronouncements on the issue which continues to divide opinion. Police announced a probe to get to the bottom of the episode.

Addressing the issue, “Abiy pointed out that the mere fact that nobody claimed responsibility for the abduction worsened the situation. As a result, the government focused on rescuing them rather than disclosing information,” the ENA report said.

It further quoted Abiy as stressing that government was patient and will continue so with adequate diligence. However “legal measures will be taken to ensure that there are no two leaders in one nation.”

Abiy said above all else, cooperation of all stakeholders was the main ingredient that could help deliver a successful election. He said despite a tentative date, government was waiting for a final decision from the electoral body.

“The election can be successful if the House of People’s Representatives and the government as well as the National Electoral Board of Ethiopia, competing parties and the people comply with the code of conduct they signed and respect rule of law. In short, all should cooperate for peace,” he stressed.

The polls is seen as the biggest test for Abiy since he came into office in April 2018. He has significantly opened the democratic space and birthed a new party in place of the former EPRDF ruling coalition.