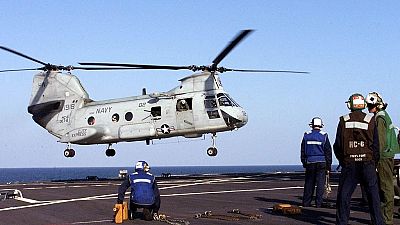 <p>France is concerned about a possible reduction of U.S troops in Africa as part of a global review by the United States.</p> <p>On Monday, French Minister of the Armed Forces met with Defence Secretary Mark Esper at the Pentagon to among others discuss terrorism on the continent.</p> <p>‘‘U.S. support in Sahel is really critical to our operations. So, in this very particular moment where the head of states of the G5 Sahel and President Macron decided to increase the efforts not only on the military field, but also on the political field, it seems that it’s even more necessary to keep this American support. But as I said, we fully understand the process the United States is in. Secretary Esper has a difficult job to handle how to reorganize the American footprint. So, we understand the constraints. So we will try, I’m sure we’ll try to find the best decision to accommodate all the constraints, the one we have in Sahel and the one that the United States has worldwide”, Florence Parly said.</p> <p>Esper called on other European countries to join the fight against terrorism in Africa.</p> <p>“France has been a real leader in the Sahel. I give France great credit for what they’ve done, their commitment, thousands of soldiers. And of course, we’ve mourned the loss alongside them when soldiers have been killed or wounded. And President Macron is taking a very important leadership role there. So, a great effort by France. I think they’ve, France has reached out to other European allies. So I think it’s time for other European allies to assist as well in the region. And that could that could offset whatever changes we make as we consider next steps in Africa”, Mark Esper, Secretary of Defense said.</p> <p>Officials say the U.S will not withdraw from the continent entirely. </p> <p>This month, France announced additional troops for its 4,500-strong operation in the Sahel.</p> <p><strong>AP</strong></p>

I'm sure we'll try to find the best decision to accommodate all the constraints, the one we have in Sahel.