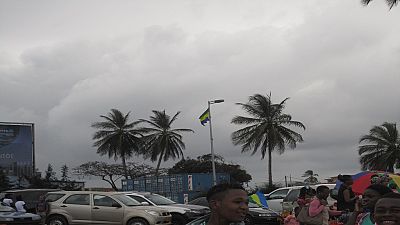 The Gabonese government has announced a “substantial deployment” of security forces, especially near schools, to respond to violent incidents caused by child abduction, which resulted in the death of one child, according to a statement released Friday night.

Messages about kidnappings of minors have been circulating on social networks for more than a week, rekindling recurring fears of ritual crimes in Gabon and provoking the anger of the inhabitants.

While roadblocks had been erected on some highways on Thursday night and Friday, the government condemned “mob justice attacking the innocent” in a statement issued after a cabinet meeting on Friday.

A Gabonese man was killed for having had “the misfortune of being in the wrong place at the wrong time,” the statement said.

The government announced a significant deployment of security and defence forces throughout the country with a greater concentration around schools,” it added.

On Saturday, traffic was fluid in Libreville. The few schools which usually open on Saturday are closed until Monday.

Since the disappearance of a three-year-old boy, Rinaldi, on 12 January in a village in the north of the country, rumours have been spreading on social networks.

An investigation has been opened into Rinaldi’s disappearance and no further complaints “have been made about a case of kidnapping,” the presidential spokesman said on Friday.

Accusations of ritual crimes are steadily growing in Gabon. In 2012 and 2013, the discovery of several mutilated bodies had provoked popular anger.

In early 2019, a man was sentenced to life imprisonment for a murder committed in 2012 and his accomplice to 12 years in prison for mutilating the corpse, the two criminals having admitted having entered into a contract for “supplying human organs”.