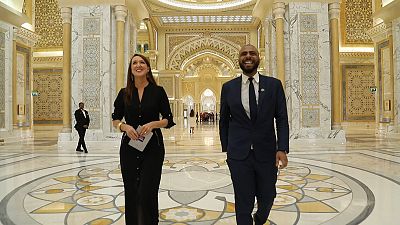 One of the UAE’s latest cultural landmarks, Qasr Al Watan, is a place that translates from Arabic to mean, the ‘Palace of the Nation’.

The imposing building in Abu Dhabi, which is surrounded by lush, manicured gardens, is housed within the 380,000 square-metrePresidential Palace compound.

The monument took 150 million man hours to build and its façade was constructed of white granite and limestone. 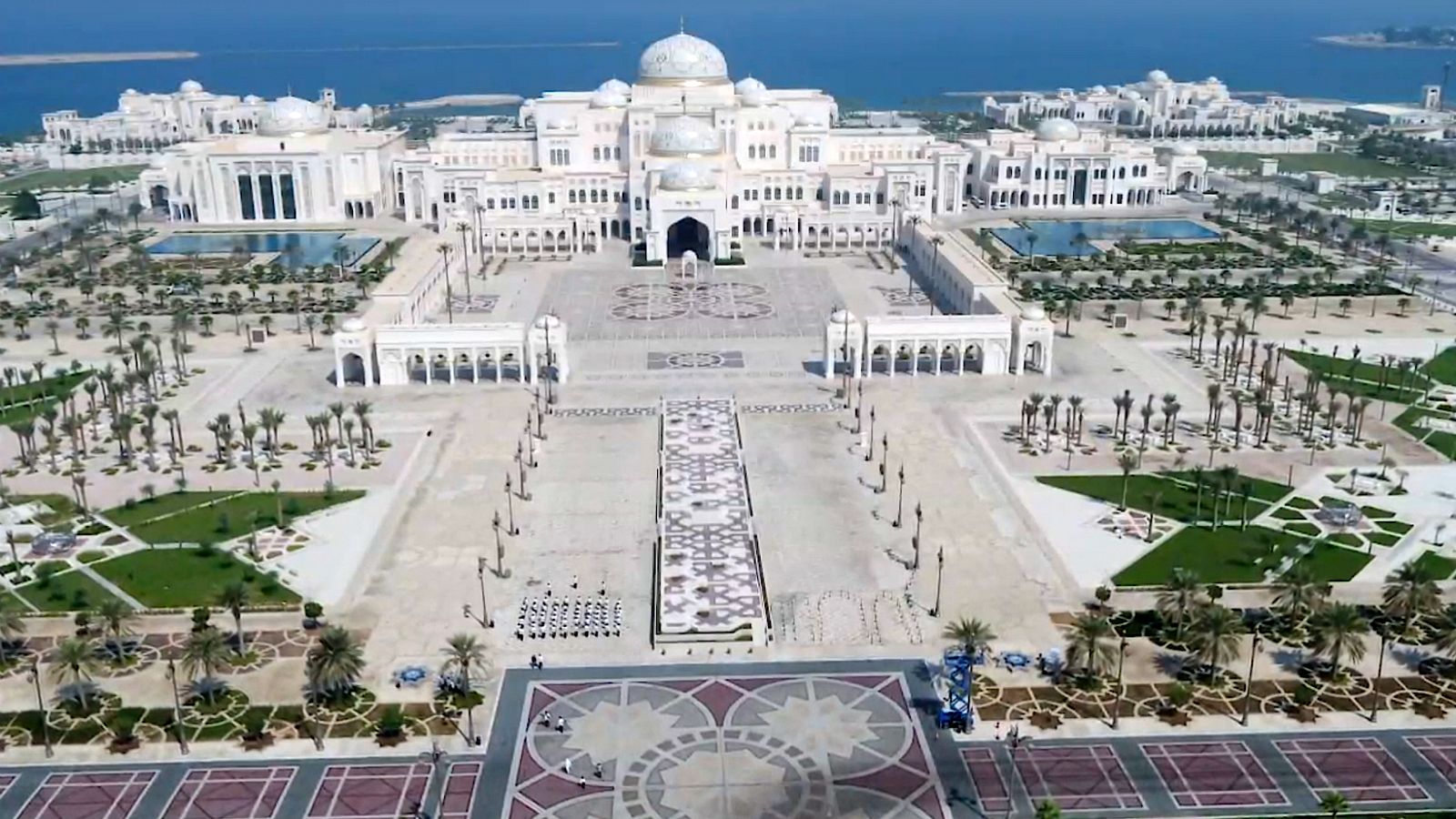 Inspire Middle East’s anchor Rebecca McLaughlin-Eastham toured the venue, starting in the Great Hall, which boasts one of the largest domes in the world and reflective installations by Emirati artist Mattar bin Lahej. 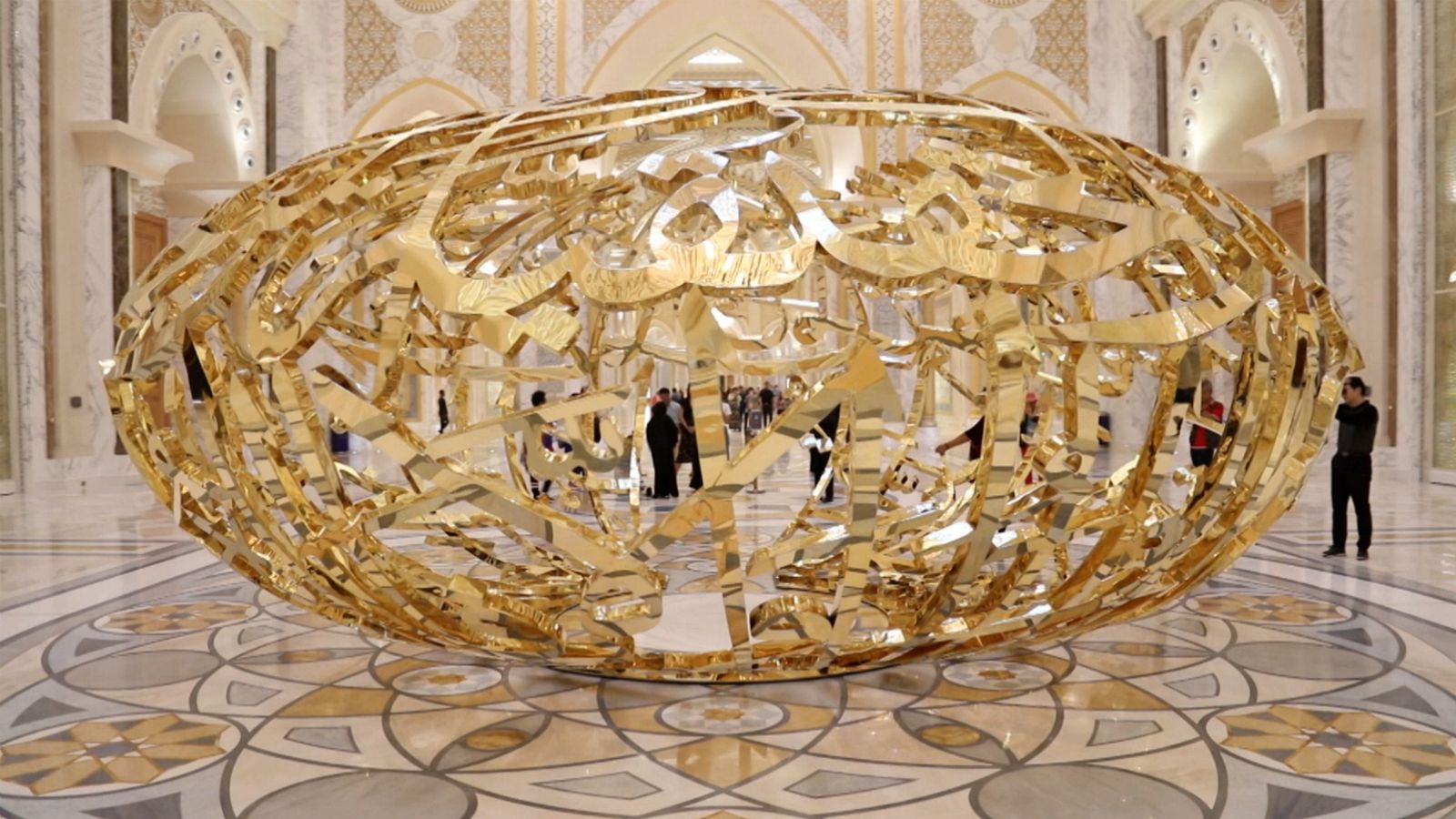 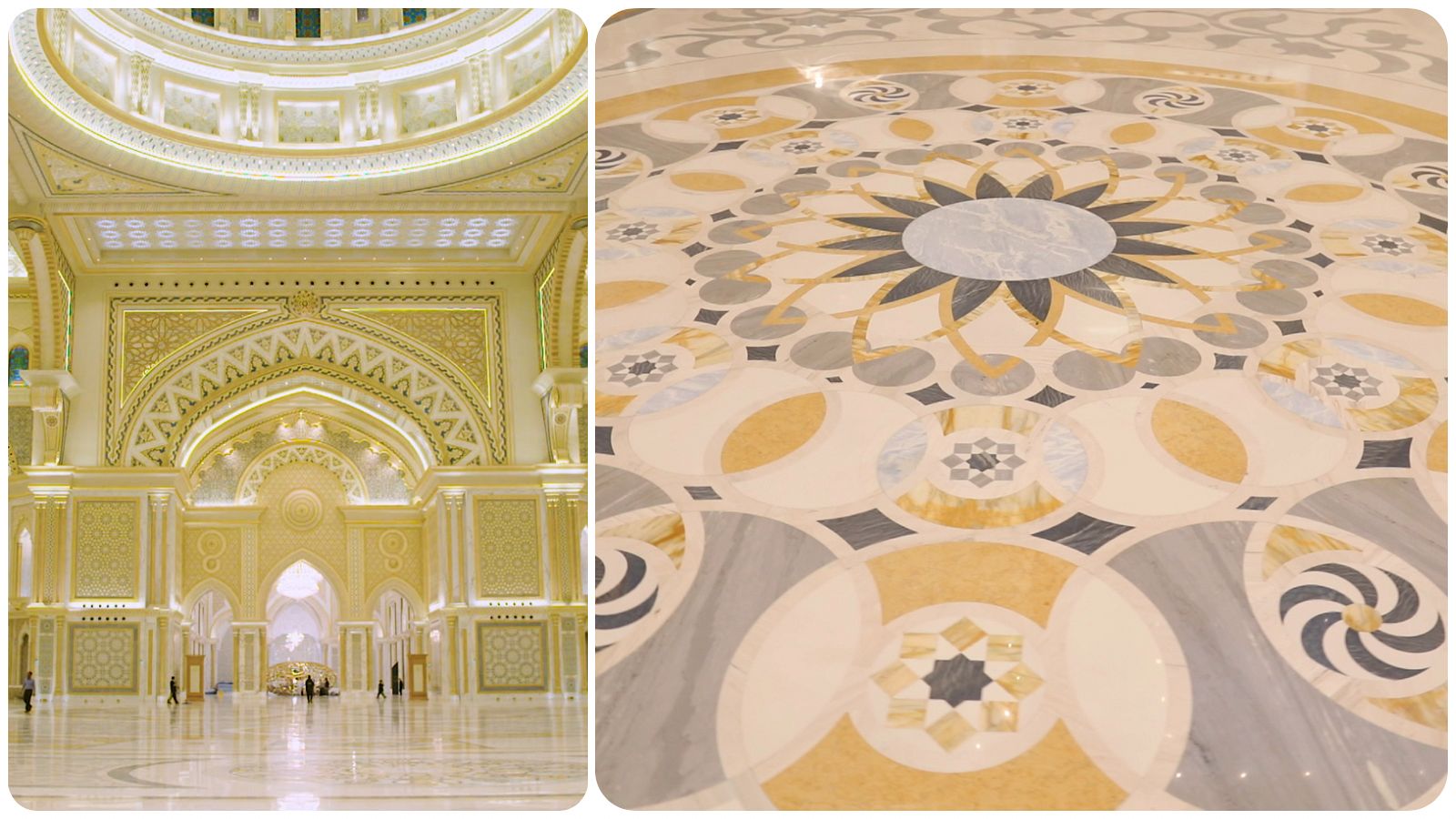 Inside Qasr Al Watan and details of its floor patterns

A major draw for tourists is the House of Knowledge and a lending library of around 50,000 books, exploring the UAE’s political, social, literary & cultural history.

In another wing, there’s a room called the ‘Spirit of Collaboration’ which is designed to host meetings of the UAE’s Federal Supreme Council as well as regional summits. 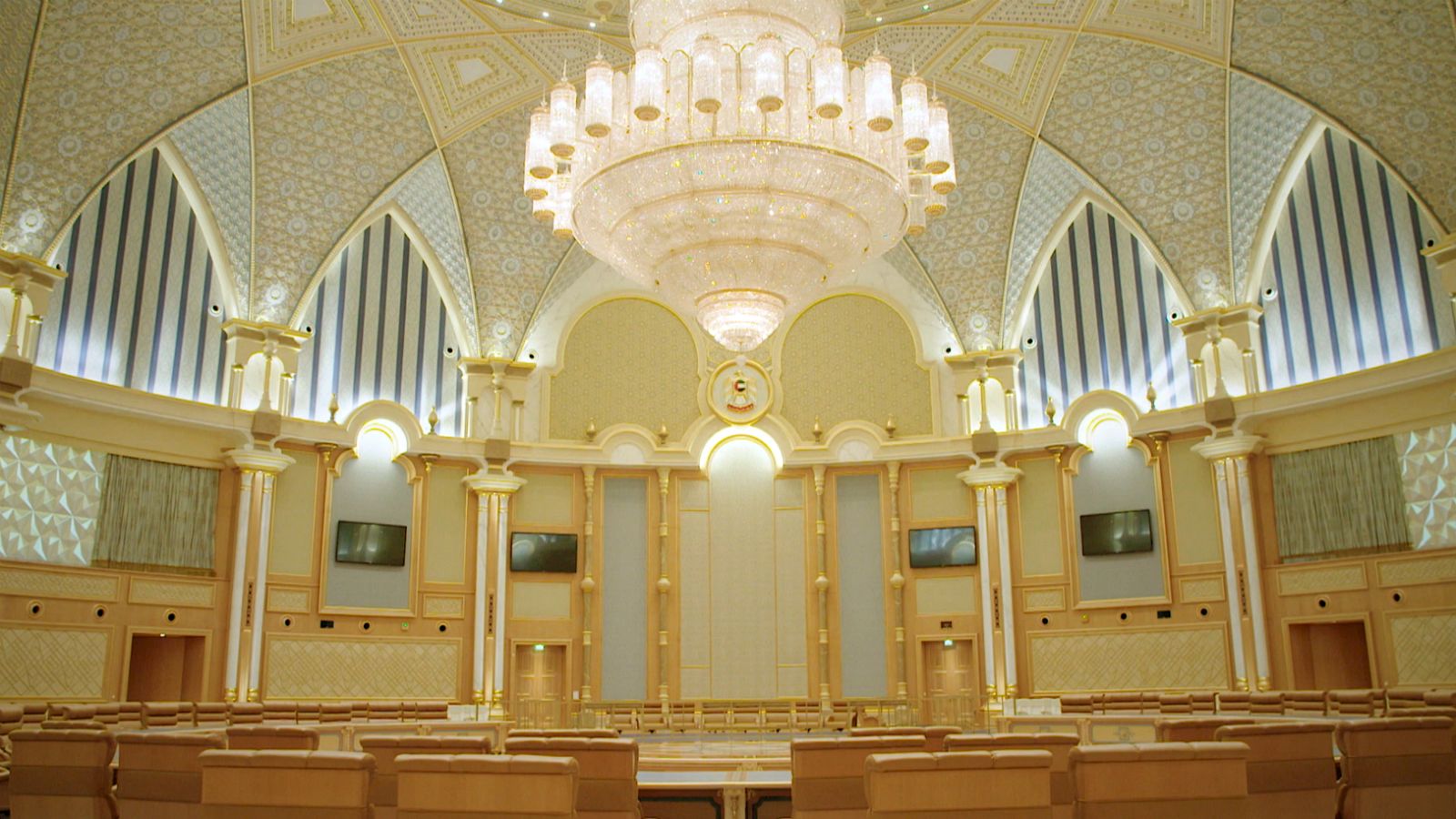 The Spirit of Collaboration room and its chandelier

The room’s central feature is a chandelier made up of 350,000 crystals, which is only illuminated on special occasions.

“The room is specifically designed to host three types of meetings; the first one is GCC summits, the second one is meetings of the OIC (Organisation of Islamic Cooperation) – the meeting for Islamic countries, and the last one is the Arab League.”

Political and faith leaders to have visited Qasr Al Watan in recent times, include Pope Francis.

Many photos and diplomatic gifts are on display within the Presidential Gifts Room, including a Swiss quartz rock which the palace estimates to be around 20 million-years-old. 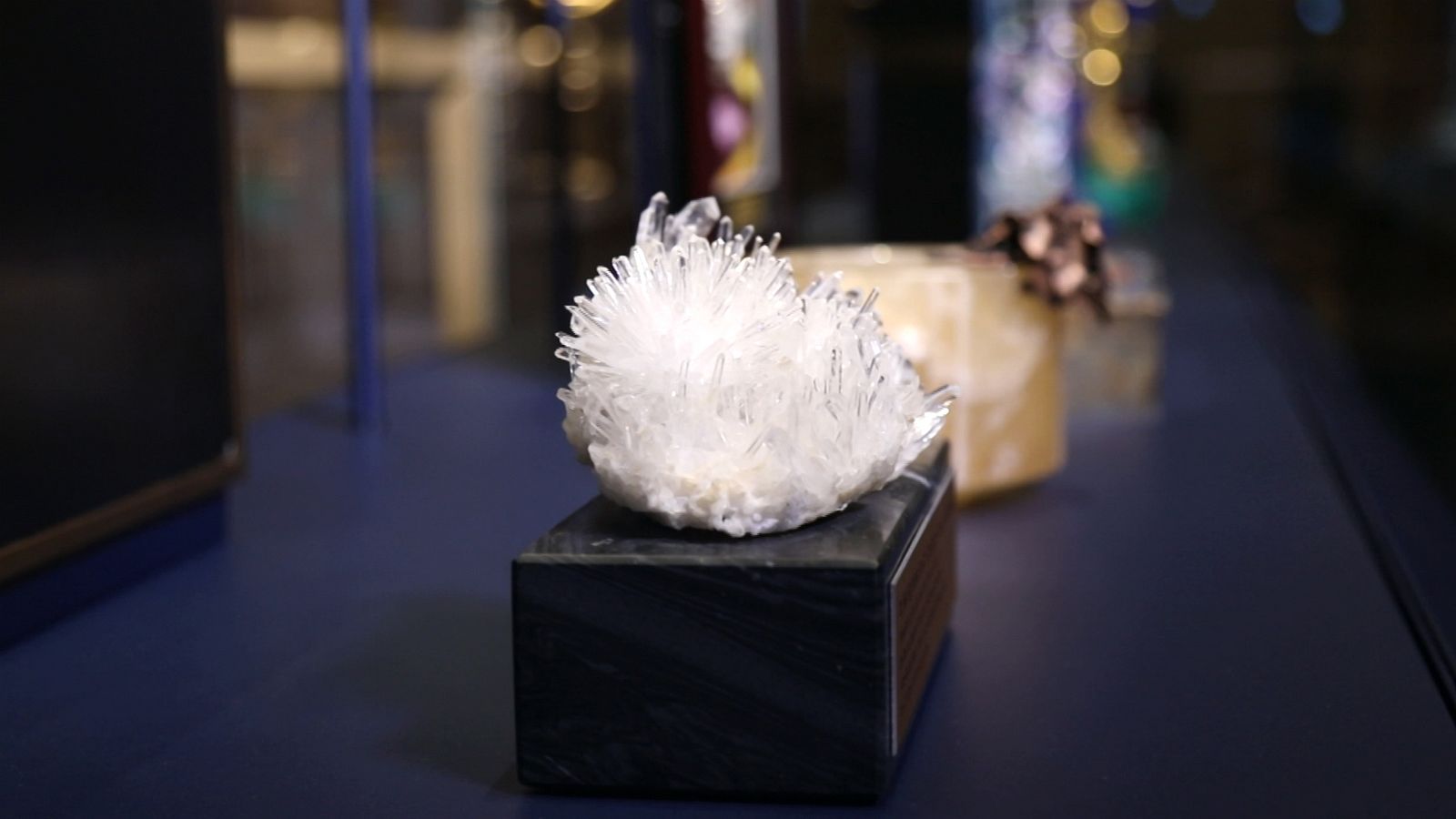 And because no state visit would be complete without a Presidential dinner, visitors can also take in Qasr Al Watan’s 300-seat banquet hall, which is laid with 149,000 hand-engraved pieces of fine bone china tableware. 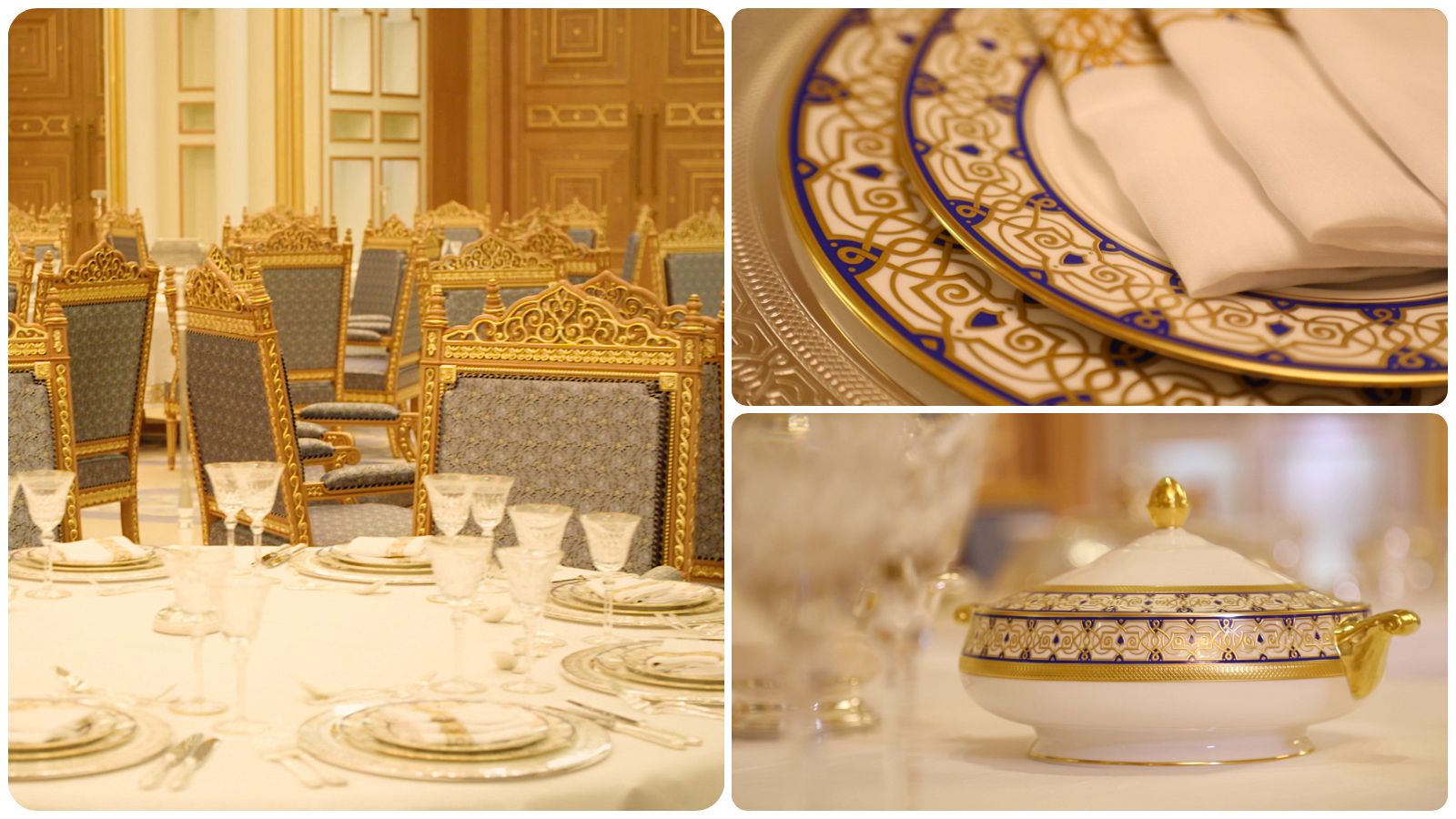 Maulaa from Indonesia said she enjoyed learning more about the history of the UAE upon her visit to Qasr Al Watan.

Such a perfect morning in Abudhabi ?