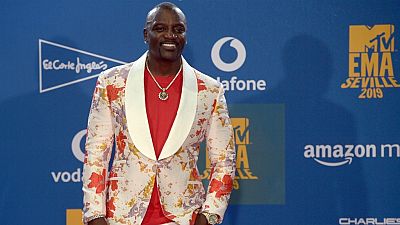 <p><strong>Tourism is the latest sector that Senegalese-American singer and songwriter Akon has identified as a potential area of investment on the African continent.</strong></p> <p>Best known for his R&B hits such as “Locked Up” and “Smack That,” the singer whose real name is Aliaume Thiam has over the years championed different projects notably Lighting Africa that aims to provide electricity to 600 million Africans.</p> <p>In this article, we highlight some of Akon’s projects on the continent.</p> <h2 style="font-size:16px;">Investing in Senegal’s tourism sector</h2> <p>Senegal’s state-owned tourism company <span class="caps">SAPCO</span> on Tuesday signed a deal with Akon to build a sustainable tourism village that would “campaign for the environment”.</p> <p>“Beyond his status as an artist, it is Akon, the investor who believes in Africa (signing up to the agreement),” the tourism ministry said in a statement before the ceremony.</p> <p><span class="caps">SAPCO</span> Secretary General Aliune Ndiaye told <span class="caps">AFP</span> that the deal was a memorandum of understanding, so the size of the future investment is still unclear.</p> <p>He added, however, that Akon plans to build a complex in the seaside village of Mbodiene, some 120 kilometres south of the capital Dakar.</p> <p>The rapper, whose real name is Alioune Badara Thiam, spent his early childhood in Senegal but moved to the US at age seven, where he later rose to superstardom.</p> <h2 style="font-size:16px;">Akoin and a CryptoCity</h2> <p>In 2018, Akon unveiled Akoin, a new cryptocurrency named after himself as a central form of exchange. The digital cash currency is part of his plan to build a futuristic Crypto City on a 2,000-acre land gifted to him by the President of Senegal, Macky Sall.</p> <p>“I think that blockchain and crypto could be the saviour for Africa in many ways because it brings the power back to the people,’‘ Akon said at an event held in the French city of Cannes.</p> <p>‘‘Cryptocurrency and blockchain technology offer a more secure currency that enables people in Africa to advance themselves independent of the government.’‘</p> <a style="font-size:16px; font-color:yellow;" href="https://www.africanews.com/2018/10/11/akon-s-akoin-wins-him-innovator-of-the-year-award/"target="_blank"><span class="caps">ALSO</span> <span class="caps">READ</span>: Akon’s Akoin wins him ‘Innovator Of The Year’ award</a> <h2 style="font-size:16px;">Lighting Africa</h2> <p>In 2015, Akon teamed up with fellow Senegalese Niang and Malian entrepreneur, Bathily to start the Akon Lighting Africa initiative, with an objective of ‘bringing clean energy to millions of households in Africa’.</p> <p>The initiative primarily targets rural communities that are not connected to the electricity and also seeks to find ways to bring costs down to make power supply more affordable.</p> <p>The project which raised 1 billion US dollars in 2016, has been implemented in several African countries including Liberia, Sierra Leone and Gambia.</p> <a style="font-size:16px; font-color:yellow;" href="https://www.africanews.com/2017/07/22/the-youth-cannot-depend-on-governments-to-rebuild-africa-singer-akon/"target="_blank"><span class="caps">ALSO</span> <span class="caps">READ</span>: The youth cannot depend on governments to rebuild Africa – Akon</a>