The youth cannot depend on governments to rebuild Africa - Singer Akon 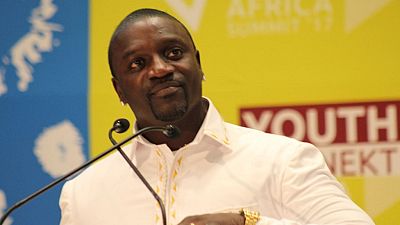 Senegalese singer, songwriter and businessman Akon has called on African youth to play an active role in rebuilding the continent and not depend of the governments.

The American-born music star was addressing over 2,000 youth from all over Africa in Rwanda’s capital Kigali during the final day of the maiden YouthConnekt Africa Summit organised to shape the future of the continent’s youth.

“We have to be the driving force to rebuild Africa. We cannot depend on governments to do it for us. Their job is to lay down the low and make sure that there’s accountability for the things that we do,” he was quoted by local media The New Times.

The potential is in Africa, the only thinking missing is participation and infrastructure – Akon #YouthConnektAfrica pic.twitter.com/8InJuZJub6

“When I was growing as an entertainer, I said to myself I don’t want to be remembered for just singing and dancing. Ultimately, I had to figure out what I can do that will help create a legacy. It hit me in the middle of the first song when the power just went off,” he said, while making reference to his 1 billion dollar solar project aimed at providing electricity to some 600 million Africans.

Akon, real name Aliaume Damala Badara Akon Thiam, is the co-founder of the Akon Lighting Africa project which primarily targets rural communities that are not connected to the electricity and also seeks to find ways to bring costs down to make power supply more affordable.

He called on Africans in the diaspora to join hands and change the narrative about the continent while they help fast-track its economic development.

“On the internet you will only see historical images and animals, as if Africa was a big jungle. Africans never gets full credit in any way. Entertainers, filmmakers and producers, the press and anyone that creates content should take part in redefining this continent,” he added.

It focused on establishing a policy, programmes and partnerships to guide the continent to its goals of creating at least 54 million jobs that will absorb the growing labour force.

Among the participants are government officials and special guests including Rwandan President Paul Kagame, Jack Ma, Founder and Executive Chairman of Alibaba Group, Dr. Mukhisa Kituyi, Secretary-General of UNCTAD and most importantly successful entrepreneurs, artists and youth opinion leaders from across the continent.

We should not accept to be less than what we are capable of being. – PaulKagame #YouthConnectAfrica Great closing remarks. pic.twitter.com/zUWj5EXz2u

Internet will be the infrastructure of the economy and education. Please connect to the internet. – #JackMaInRwanda #YouthConnektAfrica pic.twitter.com/dko2eM0sye

The Summit was organised jointly by the Government of Rwanda in collaboration with UNCTAD, UNDP and other YouthConnekt partners.