This is part of diplomatic efforts for a cease-fire in the north African nation.

The meeting came a day after Italy urged the EU to ramp up efforts to stabilise the situation in Libya.

While EU officials on Wednesday intensified diplomatic efforts, a meeting in Istanbul between Turkey and Russia resulted in a call for a January 12 cease-fire.

Libya is governed by two authorities, one based in the east and one in Tripoli in the west, with each relying on different militias for support.

A U.N.-supported administration in Tripoli oversees the country’s west.

Haftar leads the self-styled Libyan National Army which is aligned with a rival government in the east. 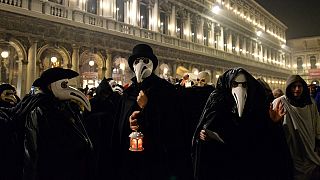