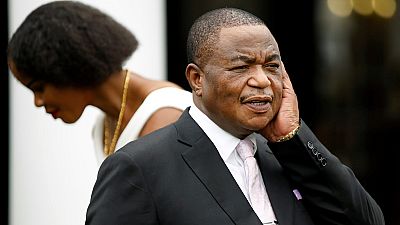 Wife of Zimbabwe’s first vice-president has been charged with attempting to murder him. Prosecution allege she attempted to murder the former army chief while he was seeking treatment in South Africa.

Marry Mubaiwa’s arrest was reported earlier in connection with corruption charges – she has since been denied bail by a court sitting in the capital, Harare. Charges brought against her in court included fraud, export of foreign currency and money laundering charges.

The 38-year-old is accused of having transferred more than $900,000 to South Africa claiming commercial activities. Funds meant to buy a property in Pretoria, court papers said.

In arguing against the court granting her bail, the state prosecutor said the accused could tamper with state witnesses in the case adding that there was likelihood Mubaiwa will work towards accomplishing her mission of killing VP Chiwenga.

Her case is another high-profile corruption prosecution currently ongoing. A Mugabe-era vice-president is currently facing similar charges in an effort by the Mnangagwa administration to combat corruption.

President Mnangagwa in 2017 accused the then first lady Grace Mugabe of attempting to poison him at a time when the ruling party was engaged in a bitter succession battle as to who takes over from Mugabe.

Zimbabwe is currently in a deepening economic crisis – characterized by currency uncertainty further worsened by hyperinflation, crippling power-shortages, and mass hunger which the UN says is the worse for a country not in a state of war.