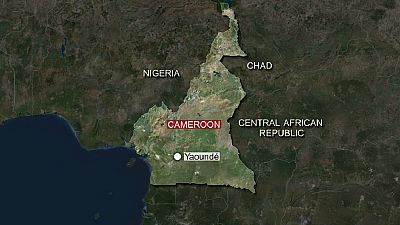 Boko Haram militants have killed at least 275 people this year in Cameroon’s Far North region despite government claims back in January that the Islamic extremist group had waned in the area, Amnesty International said Wednesday.

More than 80 percent of those victims between January and November were civilians, the international human rights group said following a two-week mission to the volatile area.

Many of them have already witnessed Boko Haram attacks and lost family members or friends. They no longer ask whether there will be further attacks but when they will take place – they feel completely abandoned by the authorities.

“Many of them have already witnessed Boko Haram attacks and lost family members or friends,” she said. “They no longer ask whether there will be further attacks but when they will take place – they feel completely abandoned by the authorities.”

Boko Haram’s decade-long insurgency began in northeastern Nigeria and has spilled across borders into Cameroon, as well as Niger and Chad. The group has killed tens of thousands of people, displaced millions and created one of the world’s largest humanitarian crises.

In recent years some fighters have pledged allegiance to the Islamic State group, creating a new threat. Amnesty said the resurgence in northern Cameroon comes after longtime President Paul Biya had called the group “a residual threat” back in January.

There was no immediate comment from the government though in the past it has sharply criticized reports from international human rights groups.

In 2014, Boko Haram drew the world’s attention with the mass kidnapping of nearly 300 Nigerian schoolgirls from Chibok. While many of the schoolgirls have since been freed, countless other people abducted over the decade remain lost to their loved ones.

Amnesty International said it interviewed women in northern Cameroon who also had been abducted by Boko Haram and had later escaped. They recounted having been forced to convert to Islam under threat of death.

“They were told that their villages could live in peace if all the inhabitants did the same and that they would be able to go home to collect their children,” Amnesty said, citing two women who had managed to get away in July.

Biya, who has been in power since 1982, has had to deal not only with Islamic extremist violence in Cameroon’s north but also with attacks by separatists in the country’s English-speaking regions.

Nearly 3,000 people have died since 2017 in fighting in those regions where English-speaking separatists say they have been been marginalized by the federal government. The violence has forced more than 500,000 people from their homes.