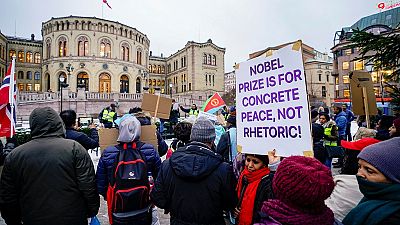 A handful of protesters camped outside the Norwegian parliament with placards calling for durable peace between Ethiopia and Eritrea – one of the main reasons for which Abiy was chosen as 100th Nobel winner.

“Nobel Prize is for concrete peace, not rhetoric!, Eritreans were promised peace but they never found it,” some of the placards read. Most protesters were also bearing the Eritrean flag. 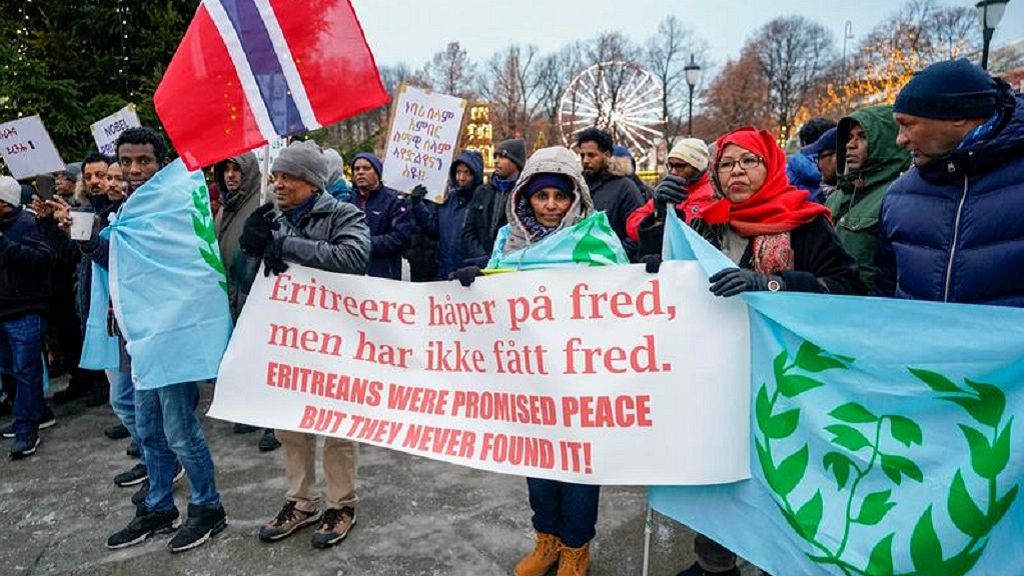 Abiy who is currently in Oslo went through Stockholm where he met with his colleague Prime Minister for bilateral talks between the two countries.

Abiy was at the center of a peace overture to neighbouring Eritrea months after he came into office in April 2018. He flew to Asmara where he signed a peace deal with Eritrea’s Isaias Afwerki ending two decades of war between the two neighbours.

His sweeping political reforms that earned him the “reformist” tag also accounted for his choice as winner of the prestigious award.

Despite wide praise for his efforts at home and in securing the deal with Eritrea, there have been criticism about the lack of institutionalization of the deal. Borders were reopened between the two nations but have since been unilaterally shut by Eritrea.

Eritreans especially have routinely jabbed that despite the peace deal, very little has changed in the country by way of political reforms.