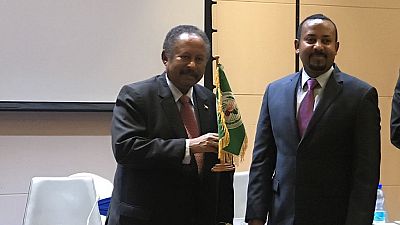 Sudan Prime Minister Abdalla Hamdock has been elected chairperson of the regional political bloc, the Intergovernmental Authority on Development, IGAD.

IGAD Heads of State and government representatives met for the 13th Ordinary Summit in the Ethiopian capital Addis Ababa where Hamdock was elected leader.

He takes over from his Ethiopian Prime Minister Abiy Ahmed who has been in the role since 2018 when he came into office.

“Our region is making good progress and with political will and commitment, regional integration efforts for collective prosperity will materialize in the spirit of MEDEMER,” Abiy said in a tweet.

IGAD members comprise countries from the Horn of Africa (Ethiopia, Djibouti, Somalia and Eritrea), the Nile Valley (Sudan and South Sudan) and the African Great Lakes region (Kenya and Uganda).