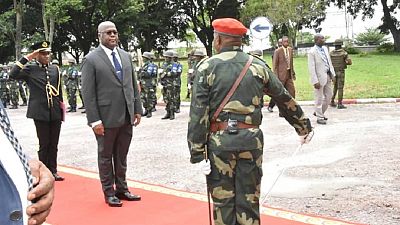 Congo’s military says it has launched an offensive against rebel groups in the country’s east even while efforts continue there to contain a deadly outbreak of the Ebola virus.

The offensive primarily targets Allied Democratic Forces rebels who have killed hundreds of civilians and security forces over the past few years and recruited children in mineral-rich northeast Congo. Attacks have hampered Ebola containment efforts.

The region borders Uganda and Rwanda. Congo’s military offensive comes days after a meeting of regional military leaders on how to rid eastern Congo of rebel groups.

But Congo’s army is making clear that it is carrying out this new offensive alone.