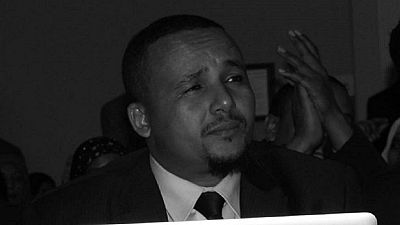 The Associated Press’ reporter in the country and an Al Jazeera reporter confirmed the development. The Al Jazeera’s Robyn Lee Kriel had earlier on Wednesday interviewed Jawar.

The activist had earlier accused government of plotting to remove his security detail and to subsequently instigate mob attack on him and blame it on ethnic strife.

He dispelled talk of fearing arrest stressing that he had only accepted state security after he was convinced by relevant authorities.

On the subject of protests held in his defence across the Oromia region, he asked protesters to refrain from violence but to use constitutional right of self-expression. Deaths and injuries were reported in the wake of the standoff at his residence in the capital Addis Ababa.

In other parts of the country, there were protests against him and in favour of Prime Minister Abiy Ahmed.

Jawar, long seen as an ally of the PM, said he was disappointed that the PM criticised him in parliament after “coming to power due to a movement for which I was a strategist.” He defended the level of his influence saying he’s worked for it.

Meanwhile, president of the Oromia region, Shimelis Abdisa, in an interview with the Oromia Broadcasting Network condemned the siege on Jawar’s residence describing it as “unacceptable.”

He added that the incident will be investigated and those responsible will be held to account. He went further to blame “forces bent on destabilizing” the region – Ethiopia’s largest and most populous.

Abiy is leader of the ruling party in the region, the Oromo Democratic Party, ODP. The party is one of four bloc that make up the ruling Ethiopian People’s Revolutionary Democratic Front, EPRDF.

Ethiopia heads into crucial elections scheduled for May 2020. Despite calls for a postponement over interneal security issues, Abiy has stressed that it was rather in the interest of peace that the vote holds on schedule,

The issue of unifying the EPRDF into a single party has generated heat in the past few weeks. Whiles the PM is bent on undertaking the move, analysts and some opponents have voiced strong concerns.

The vote is seen as a crucial test for Abiy whose reforms have widely been praised at home and abroad. The reforms along with peace with Eritrea over a protracted border standoff earned him the Nobel Peace Prize earlier this month.