Egypt to hold talks with Ethiopia over dam on River Nile 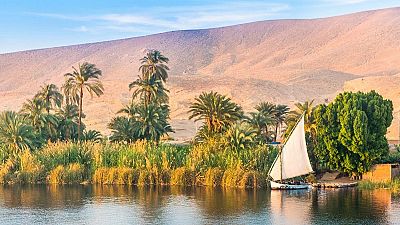 “The leaders of Egypt, Ethiopia, and Sudan met in March 2015 and agreed on some principals regarding the filling and running of the dam in a way that does no harm to Egypt,” the president is quoted as saying.

President El-Sisi said that the state has developed an inclusive plan since 2014 to solve Egypt’s water problem, and billions have been spent on water recycling and desalination plants.

According to AAWSAT Egypt says filling the Grand Ethiopian Renaissance Dam’s giant reservoir will severely diminish its portion of waters downstream, and has called for international mediation to help reach a “fair and balanced” agreement.