Tough week for aviation in Africa: fatalities, near misses in DRC, Kenya, Senegal 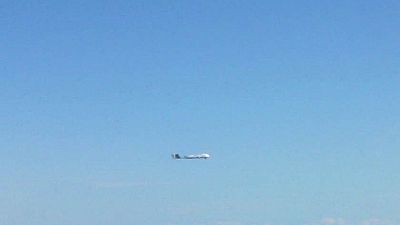 Africa’s aviation sector has been rocked by three fatal and near-fatal incidents this week, including a crash in Eastern Congo, a runway incident in Kenya and an emergency landing in Senegal.

Authorities in the Democratic Republic of Congo on Friday confirmed that they are still looking for the bodies of president Felix Tshisekedi’s staff, following the crash of a cargo plane that was carrying the team.

The country’s civil aviation authorities said the plane which was carrying Tshisekedi’s driver, a logistics manager and some soldiers, was headed from Goma to the capital Kinshasa and went off radar on Thursday afternoon, an hour after departing.

At least three people were injured when a plane skidded off a runway at the Wilson Airport in the capital, Nairobi.

The domestic flight from Nairobi to the Northern town of Lamu, crashed just after take-off, with local media reporting that pilots suspect engine failure.

“No fatalities have been recorded, but three seriously injured passengers have been taken to hospital,” said Kenya Airports Authority (KAA) Director-General Gilbert Kibe said after the crash.

The ill-fated Fokker 50 plane is a turboprop-powered airliner, designed as a successor to the highly successful Fokker F27 Friendship.

In a brief statement posted on Twitter, Silverstone Air which operated the aircraft, said it was ‘working with the relevant authorities to assess the situation’.

Africa’s fastest growing airline avoided disaster when its plane was forced to make an emergency landing minutes after taking off in Senegal on Tuesday.

Ethiopian Airlines confirmed on Twitter that its Boeing 767 aircraft had to land unexpectedly at Senegal’s Blaise Diagne International Airport near the capital Dakar because of “a technical problem” without providing more detail on the cause.

An airport spokesperson said an engine had caught fire.

None of the 90 passengers or crew were injured, which was a huge relief for the airline that is still reeling from the shock of a March 10 crash that claimed 157 lives.